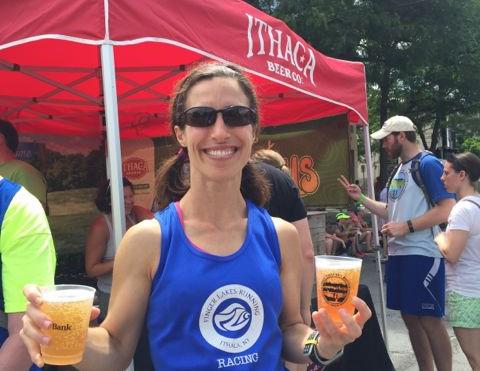 This is the 3rd half marathon I've participated in since March. The half has never been my favorite distance. In fact, until recently it was the distance I was most scared of; too short for me to be proud of just finishing and too long to just wing it! Scott talked me into signing up for the inaugural running of the Gorges Ithaca Half Marathon. I wasn't psyched to sign up, but knew that come race day I'd wish I had. So, I registered!!

We arrived at the Commons in Ithaca to meet our Finger Lakes Running and Triathlon teammates for a picture before the race started. We enjoyed chatting together and everyone wished each other great luck in the race! Then it was time to head over to the start and meet up with Jenny for the race. 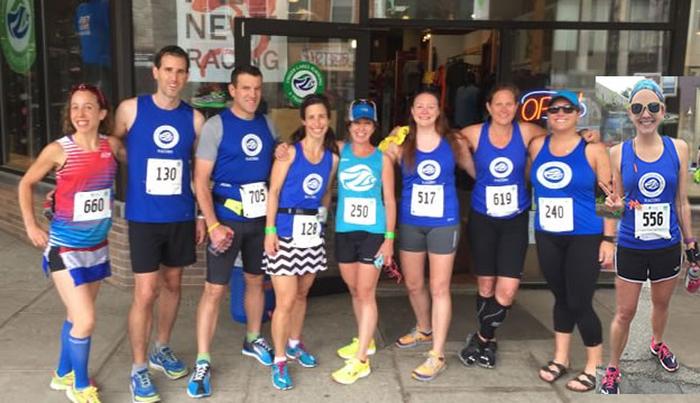 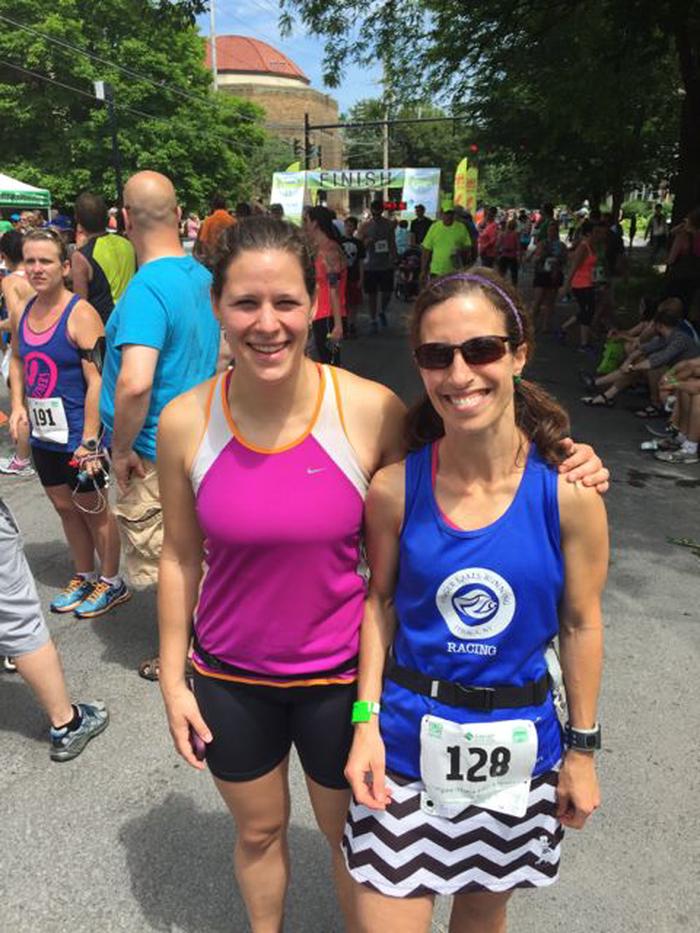 In March I ran the Syracuse Half to the best of my ability for the day. It was FREEZING and I worked hard for my barely sub 2 hour time. Then, in April Elizabeth and I ran the Flower City Challenge together in Rochester, NY. It was a great mother-daughter bonding event. The thing I most enjoy about pacing someone is that I don't have pre-race jitters. It feels like heading out for a training run when I'm focused on someone else's race.

So today was a completely different plan. It was my first time running a half entirely with a friend. Jenny and I trained together all summer last year for the Green Lakes 50K. It was our first 50K and we ran every step together! A couple weeks before this race, Jenny and I ran the hilly parts of the course and talked half jokingly and half seriously about running together. It was 90+ degrees for our training run and on the very first hill we watched Brian Lee zoom by us on his own training run (he came in 3rd overall in this race). Jenny hadn't been running much, and I haven't been great at training lately either (though I have run more than she has, she is Les Mills fitness instructor and is in fantastic shape!) As the day approached, we decided it would be fun to spend the morning together. We wouldn't race, rather we'd think about the run as an event. Time wasn't on our radar, today was about having fun and enjoying the day. This isn't to say that we wouldn't be working hard. We didn't plan to saunter either, just not push a hard race pace.  As a result, I was spared the pre-race nerves again!

Expect the WORST and it just might be FUN!

After our incredibly challenging training run, my attitude was less than stellar going into the race. I couldn't be bothered to check what time it started until the day before, gave no thought to clothing, or even to a pre-race dinner. I did however, make a quick playlist in the morning. When Elizabeth and I run together we chat and listen to music and it works for me, so I thought why not do the same with a friend. I set the music to a low volume and Jenny and I headed off chatting and running down the Ithaca streets.

We encountered so many people we knew cheering on the sides of the course, working Aid Stations, and managing intersections. It was GREAT to see everyone out there supporting the runners! Many of the volunteers were people I'd just watched RUN 50 miles while I was volunteering at the Cayuga Trails 50 a couple of weeks ago. It was great fun to have them out there today!

We surprised ourselves by running up all of Remington. This is the hill that broke us both on our training run. Once you start walking the hills, it is awfully hard to switch back to running (at least for us). We walked part/most of every hill after that, but felt very proud that we made it up that first big slog. We reasoned that if we pushed to run up the hills that we could possibly find ourselves walking the flats; something we didn't want to do.

Pretty soon we were at mile 7. This is the place where the real hills end and it is either flat or downhill with only an occasional low grade incline from time to time. We were cheery and chatty as we caught up to friends Jessica and Joel and we had a span of time where we were encouraging and chatting from a distance. As we headed down Remington we realized this wasn't really that bad. We had prepared for the course to brutal. It certainly wasn't easy, but it was actually pretty FUN! Plus, I recently joined a relay team for the Virgil Crest Ultras so "hills" of today would be a dream come true on that rough trail course; everything in perspective!

Every race I run has a song magically reveal itself to me as my race song and this run was no exception. At the top of Remington we hit the long straightaway and the song, Fifteen Minutes of Fame by Josephine came on. I was so proud of us for making it to the top and transitioning into comfy running and the song was so catchy and fun (I love listening to music I've never heard before and this song was new to me). My race song!!

When Elizabeth and I ran the Philly Half, she was so close to having a sub 2 hour time. I am such a numbers girl that it was hard for me to accept that we just missed it!! Elizabeth however was cool as a cucumber. She had finished her first half and did GREAT! Well, today I thought Jenny and I would be lucky to hit 2:15 or 2:20 based on the course and our level of preparation. It wasn't until mile 11 (after we'd walked most hills and stopped at almost every water stop) that I looked at my watch and realized we were pretty close to a 2 hour finish. Lately a lot of my runs have been like this - like a kid who prays right before the final exam for an A when he really didn't study! Late in a run or race is NOT really the time to back seat drive and wish different decisions were made!!

We came in just a bit over 2 hours and it was FUN! Every minute of the race was enjoyable. Sure my feet hurt a little and I was kind of hot and a little tired, but it was a fun run with a friend on a challenging course super close to home.

Ian and team of Red Newt Racing  and Finger Lakes Running and Triathlon Company put on a GREAT event! We arrived at the finish line to lots of fresh fruit, yogurt, homemade energy bars and lots of water. Scott joined us as we got our refreshments. After chatting with friends and cheering people in Scott and I wandered over to the Yellow Truck catering area where we enjoyed a delicious veggie burger, corn and salt potatoes. And later (at noon when it is legal to serve beer on a Sunday) we enjoyed a 10 ounce beer sample from Ithaca Beer at their beer tent. Our bracelet had 3 sample tickets on it, but we found that one was more than adequate in the heat after running!! *In the picture I'm holding Scott's beer so he can take a picture of me.

This race that I wasn't really all in for was really great fun! I'm so glad Scott pushed me to participate!! A bonus - he came in first in his age group (read more about his race)

As you consider your spring races for 2016, I highly recommend checking this one out.