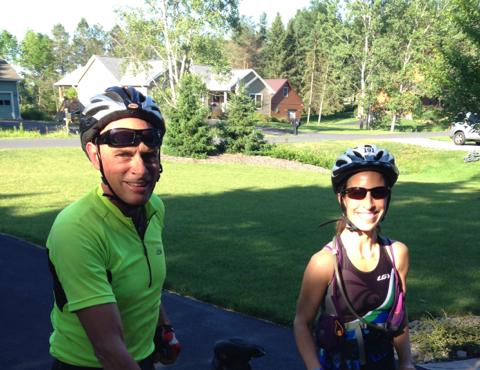 Another great training week! The weather was pretty cooperative and I managed to start getting a little bit of cross training for the upcoming Cayuga Lake Tri. With 35 total running miles, a 28 mile ride and two sessions of swimming totaling 1600 yards, I'm satisfied.

Monday After taking the weekend off for a trip to NYC, my legs were ready to run. I Opted for road after dropping Xander off at his 45 minute Oliver rehearsal and made it back right on time to pick him up. (5.18, 45 min, 8:41 pace) Later that evening, Elizabeth had dance so I enjoyed BodyPump and my first pool session of the season. (800 yards, 21 min, 45:06 pace). Tuesday I led a group run for FLRTC  at Buttermilk. It was early and at the same time as another event, so I knew it was unlikely to be a big group, but Patty came and we had a GREAT time despite the muggy 94 degree heat! Thunderstorms were looming and we enjoyed just a little cooling rain on our run.  I'm planning it again this week if anyone is free. 5:15 p.m. for about an hour and fifteen minutes at Buttermilk. (5.28, 1:11, 13:30 pace). Later that night I grabbed 20 minutes on the Skier's Edge for cross training. 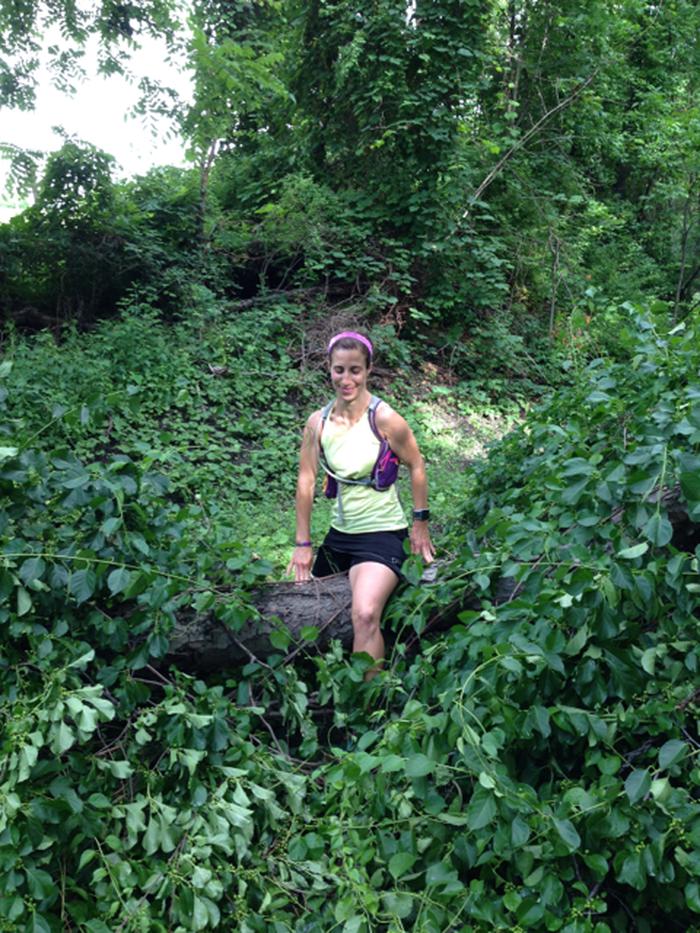 Wednesday was my first time at Jessica's Wednesday night BodyPump class since she got married. Great fun! I followed this by swimming again. Twice in the same week! (800 yards, 21 min, 45:06 pace) Thursday my plan called for a hilly run, so I did just that. I did it in two loops so I could grab water at my mailbox mid-run. I worked on form and after a first loop with a 9:16, my goal was to have loop two be faster. Goal met! (7.36 miles,  1:07, 9:03 pace). Later; Skier's Edge for 20 minutes. Friday Jenny and I squeezed in our long run before a weekend of time with family, and Scott's first 50K! We met early at Island Fitness for our 2nd fall back week of 16 miles. We ran 3 in Cass Park on roads before doing 10 on the Black Diamond Trail and our last 3 in Cass. This was perfect!

Saturday After watching Scott run 32.9 miles, I felt silly going out for my one hour run. I decided to do a hilly route and spent the entire run calculating paces for Green Lakes. Today was the first time I realized that for every 32 minutes added to a time, it was a one minute per mile addition. With Scott finishing in 5:40, suddenly our predicted 7 hour finish that Jenny and I have been discussing doesn't seem so realistic. (7.21, 1:12, 9:59 pace)

Sunday While working at the Finger Lakes 50s South Beach Aid Station with my friend Michael, I mentioned I planned to run the Cayuga Lake Tri course on Sunday morning. He wanted to get a ride in too, and pretty soon we had plans for a morning outing. It was my longest ride of the season on a perfect biking day! (28 miles, 1:57, 14.4 pace). I selfishly followed this with Melissa's Yoga class in Cass Park before joining the family again!

There are 61 other posts like this one. Here are some other recent ones: