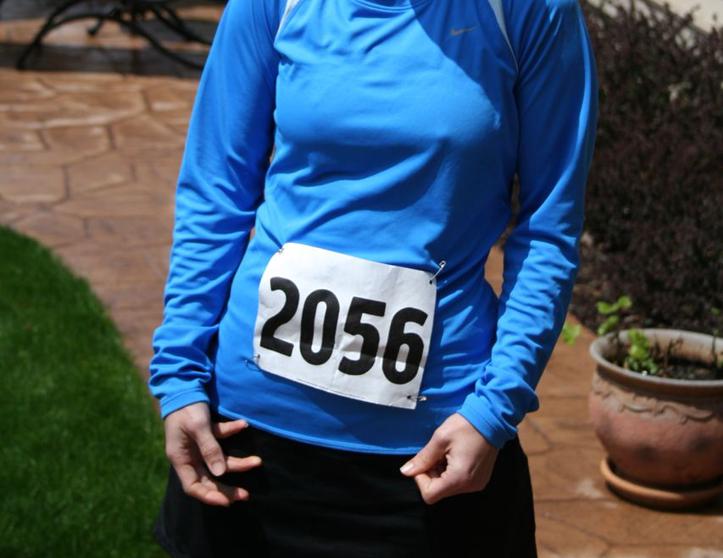 I was signed up to do the Rachel Carson Trail adventure so it only seemed right that I do a few practice races. Despite not actually RUNNING trail that year, I oddly considered myself a trail runner. I was also really into signing up for races, so on a whim I emailed my friend Stephanie to ask if she'd like to do the Tom B trail run with me.

Sure! Let's do it. It will be good preparation for our Rachel Carson event!

The Tom Bugliosi trail runs put on by the Finger Lakes Running Club. They are held in the Hammond Hill State forest. I've cross country skied there, but I've never done any hiking over there. They offer a 13K or a 26K and you can change your mind about what you are doing because it is two loops. Stephanie and I knew from the beginning that we were doing the 13K.

We arrived and sorted out our parking and clothing and headed to the start to check in. A cool May morning, the start was just teeming with black flies. It was terrible! After checking in, we just huddled under a little shelter area to stay away from the flies.

Luckily we didn't have long to wait as soon we could hear Joe shouting for everyone to come to the start. As we prepared to start, Joe said something that I still think about every time I hit the trail.

You need to have one eye down on the trail and one eye up to watch for markings. Don't listen to music on trail.

It wasn't those words exactly and he went on for awhile, but that was the gist. I needed to pay attention. Trail was NOT the place to zone out.

Truth be told, I didn't know Stephanie very well. We'd met through our daughters because they were friendly with each other and they played on the same soccer team. She told me about the Rachel Carson Event and suggested we get a team together. She's an energetic, fun person and I was excited to be in this event with her. We had never run together before, but we agreed to stay together for this race.

The race starts with what I felt like was a steep ascent up a wide trail. We started out running, but by the top of the hill we had settled into a brisk walk. Soon it veered onto single track trail and we were in a beautiful forest. It wasn't long before we could run side by side and we found ourselves chatting about everything under the sun.

I tried to keep Joe's words in mind; watch the trail AND look for markings. I think I was just too busy chatting with my new friend to manage both of these at the same time. Soon we found ourselves off trail. We were already slower than the group so we weren't seeing many people to keep us on track. However, suddenly we were in a bit of a bowl area that clearly wasn't the course. After a bit of initial panic, we navigated ourselves back onto the course. "Look for markings," I thought.

Shortly after we got back onto the trail I was flitting along happily talking and suddenly found myself FLAT on my face. I tripped on a root and just fell forward. It was jarring and scary and I felt back for Stephanie. I was already slower than her, and now here I was falling down. After that fall, I grabbed her hand and held onto her for a bit and switched to a walk. I wasn't hurt, but I was quickly gaining a respect for the challenges of trail running!

We neared the final ascent; a mini hill that Stephanie could walk faster than I could run (she's an amazing speed walker)! So I "ran" up the hill while she walked briskly next to me. We saw a course marshall near the bottom of this area which was almost near the end of the race, and he shouted, "13K or 26K?" We replied that we were in the 13K and he told us which direction to head to get to the finish. We'd seen people pass us to start their 2nd loop but we didn't realize just how slow we were until we ran into the finish.

We came into the finish line together with results of 64 and 65 respectively. With only 67 racers for the 13K we suddenly realized just how slow we were. I felt bad for Stephanie because I knew she could have run this a lot faster. However, it was a lot of fun to run this together!! I learned a bunch about trail on this race, but the one thing that stands out is Joe's starting message. One eye on the trail and one eye in front of you at all times!

We lingered for just a few minutes, grabbed a few snacks and then headed to the car. The flies were still rather bad and it was chilly once you stopped moving. We had a lovely drive home discussing all the moments from the run!