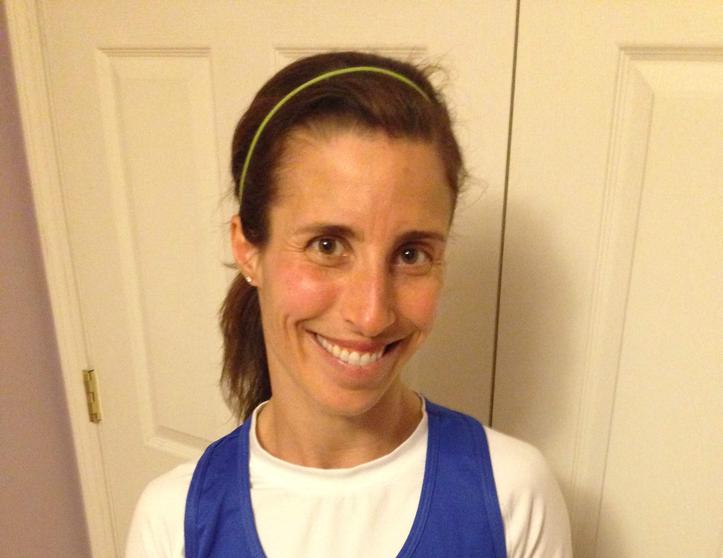 Recently, my friend Anne wrote about her first Colorado group run in her blog: 10MinuteMiler. As I read it, memories of my first group run came flooding back to me! Unlike Anne, I didn't go to meet people, or because I had signed up for the club, but because I was an ambassador for my local running store and they were in need of someone to lead.

It just so happened that there was incentive for me to raise my hand and say, "sure I can do it!" Our contract required participation in a certain number of group runs each year and we had to lead some of them. At the time, my daughter danced 3 nights a week and both kids had piano on another week night. None of the times worked out with the group runs, so I hadn't attended any.

Not that I cared that much. In fact, I was happy to have an excuse. It hadn't been that long since I managed to run with other people without being petrified. I think a whole separate post is appropriate for this topic, but let's just say that at this point in my life (about 3 years ago I think) I almost always ran alone.

Time to lead the group run

The run was scheduled too late for me; one of the reasons I'd never been. I needed it to line up with when I dropped Elizabeth at dance so I'd have enough time to run and go pick her up. I piped up in email.

I can lead the group run if we can move the time up just a bit and if people are ok with a recovery run pace.

Everyone was more than happy to change the time to have a leader. I arrived and there were people milling about the store. I talked Jeff for a bit (one of my favorite employees). Jeff was so knowledgeable about shoes and running and just so friendly that Scott and I looked for reasons to "need" to buy shoes from him. I met a few other people and as we were standing there I suddenly felt really anxious. People clearly came to this regularly and they all had a plan. While listening to the discussions around me, it suddenly became obvious that this run was usually a little faster than I had planned on that evening. I had just raced the day prior and my legs were beat. I had planned on a 5-6 mile recovery run which would be somewhere between a 9:30/9:45 minute mile. Advertised as a "no drop" run with the pace also publicly shared, I hadn't worried until I met everyone.

Selecting our route: Where will we run?

After what seemed like FOREVER people were all finally there. Note: the store is 1/2 hour from my house and after parking and standing around for awhile I now had to go to the bathroom. As I shared my route, someone else suggested something different and everyone agreed. I didn't know downtown Ithaca very well so I went along with the group consensus. I was just grateful that they didn't select one route they were kicking around which would have led us UP the hill onto Cornell's campus. I would have surely had to walk up the hill! The group would have to decide whether to keep their "no drop" policy way too early in the game.

A funny thing happens when you can't keep up

I've since learned this about myself: I can run fast. I don't consider myself a slow runner and I know I'm not a new runner and wasn't even then. However, when I find myself in a group where I feel that I'm not up to the standard my mind spirals into bad places pretty quickly.

For some reason I was hung up on the fact that I had set a recovery pace for the run and I was the leader. In my grand vision of group running I visioned the leader out front, or at least in the front 3rd. So, I was killing myself trying to stay up with the front group and I *think* we were running 8:30s. This was not a conversational pace for me, so I was mostly just listening to people talk while, "you suck. you suck. you suck" was going along in my head like a ticker tape.

I dropped back and joined another person for a bit. She shared a story about store owner Ian's Saturday morning trail runs. I think I was training for a trail run and she explained that his runs weren't easy like this. They were definitely not "no drop" and she was the only female in the group most of the time. She hadn't been dropped, but said people had been. It sounded intense, and I made a note in my head thinking that Scott would enjoy that crew. Definitely not for me!! She was a very good runner and I was intimidated by her. Despite her kindness, my head was now saying, "why did you ever sign up to even attend, no less lead this run?"

I didn't last long with her either; ironically though she would end up being one of my teammates in the Virgil Crest 100 Miler a couple years later.

Time to bring up the rear

There was no point in pushing so fast I couldn't keep up. I allowed myself to drop back as needed with as full a heart as I could muster. Now, just a couple miles into this run, I was bringing up the rear. Jeff was also running in the back of the pack. He had his very large phone on his arm and was chatting away. It was here that I found the silver lining in group running: Conversation. I could maintain Jeff's pace AND carry on on a comfortable conversation. I no longer felt that strong desire to grab onto the back of his shirt and say, "please don't leave. Wait!" Yes, I had found my comfortable place.

A funny thing happens while running, even with people you barely know. You leave the run knowing A LOT more about them. Subjects come up that just don't get put out there in a casual standing around venue. I learned that Jeff had recently lost over 100 pounds. He had been laid off from his job as an engineer and was working at the running store temporarily. He woke up one day and realized if he kept adding weight the way he had been that he might not be around to see his kids grow up. He became vegan and was really into making homemade bread and fermented things and I think even beer. I was fascinated and inspired by his story. As we ran, I wished this was a LONG run so I could learn his entire life story!  Follow Jeff on Twitter.

We spoke really casually about everything during that run and I found my way out of my head during this conversation. The negative ticker tape negative self talk faded away and I was just running. As we neared the store a few people peeled off to say they were heading to their cars. Some people were going back to the store to get belongings like keys or purses but most were either running straight home or to a car. In this moment, I also noticed that we weren't all that spread out. Perception changes when you don't qualified for a task.

Thoughts about my first group run

After years of running, I do think group runs are GOOD. It is a venue to meet new people, and to push yourself a bit harder than you might on your own. I'll be honest though, I didn't go back. To hit my ambassador requirements, I set up a few other group runs off site.  There were several reasons I didn't return but the biggest one was that the timing just wasn't very convenient. Closely following was the fact that I don't love city running and despite the fact that I had a lovely run with Jeff, I was really scared about being too slow to go back. The group was pretty small and I would probably always be toward the back of the crew. Attending this run did help me grow though, making runs closer to home with friends who were just a bit faster than me suddenly a lot less scary!