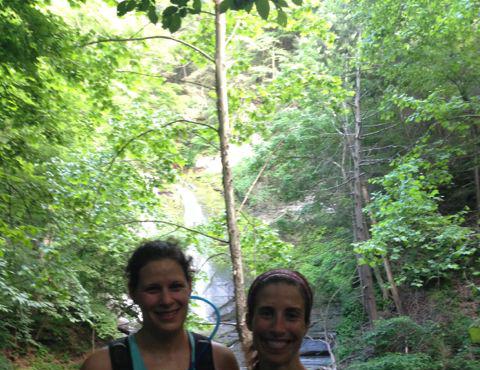 Monday I got out on my bike with Scott for a 14 mile ride. It started with a flat tire for Scott (before we left the driveway) which reminded me I really NEED to learn to change a tire. The weather was perfect, and though my attitude needed improvement, it was enjoyable. I finished up the day with Bodypump with Jenny at Island. Now that school is ending, I'm not able to make as many classes, so I am grateful that this works with my schedule for June and July. Tuesday brought another hot, humid and sometimes rainy day to Trumansburg. My plan called for hill repeats. As is often the case, I postponed them as long as I possibly could! I managed to do 8 on the South side of the Rim Trail. As luck would have it, there were a lot of hikers out and that really spurred me on. As I passed by them, I wasn't about to be slacking!! (6.34 m, 11:13 pace)

Wednesday was the last day of school for the kids, and we had Xander's 4th grade moving up ceremony at 10 am, so Scott and I hit the trails early. He had his last round of hill repeats and I had a timed run on the plan. I did rim/base/rim at a rather anemic pace in the very heavy air. My legs and body were tired, but I did get it done! Later that day, I fit in some Skier's Edge and finished off the evening with yoga in the living room with Scott. (5.01 m, 11:13 pace)

Thursday was our LONG run for our fall back week. Both Jenny and I had travel plans for the weekend, so we moved our Saturday run up in the week. Patty and I have been trying to meet up (she's also doing her first 50K at Green Lakes this summer) and it worked with her schedule to join us for this run. We met at the base of Buttermilk at 5 pm with the plan to head up and pick up the Finger Lakes trail, head down Lickbrook and over to Treman. We stashed Jenny's car over at Treman to drive us back when we completed our 16 miles. Best laid plans and then ... While we did figure out the Finger Lakes trail (last time we had to resort to road for a bit of this) we hit a lot of swampy trail, tons of prickers that weren't there just a few weeks ago, and when we got almost to the top of Treman we had only 7 miles. We realized we'd need to make this an out and back, so we braved our way back up the Lickbrook hill. A friend had recently run the Cayuga 50s, and she said it was crazy hard to go back up that hill. It was SO lovely going down that I really didn't believe her. Well, this was so challenging! I felt very whiny and tired for this entire ascent. We made it though and then hit the road to avoid some of the really swampy parts on the Finger Lakes trail. It was getting darker, and we didn't want to be on wet trail again in the evening. We hit the base of the Bear trail realizing we'd have to make up 2 miles at the end to hit our 16 miles. This was the first time EVER that we agreed to just call it a day at 14. The trail was hard, we were tired and hungry and we convinced ourselves that 14 miles on this terrain was more like 18 on easier turf. All in all this was a good run. I struggled with being hungry from the beginning (5 pm was a tough time to start for food. I should have had a decent meal mid afternoon) and later I got a cramp towards the very end. I think this was from being slightly dehydrated. (14 m, 14:30 pace) 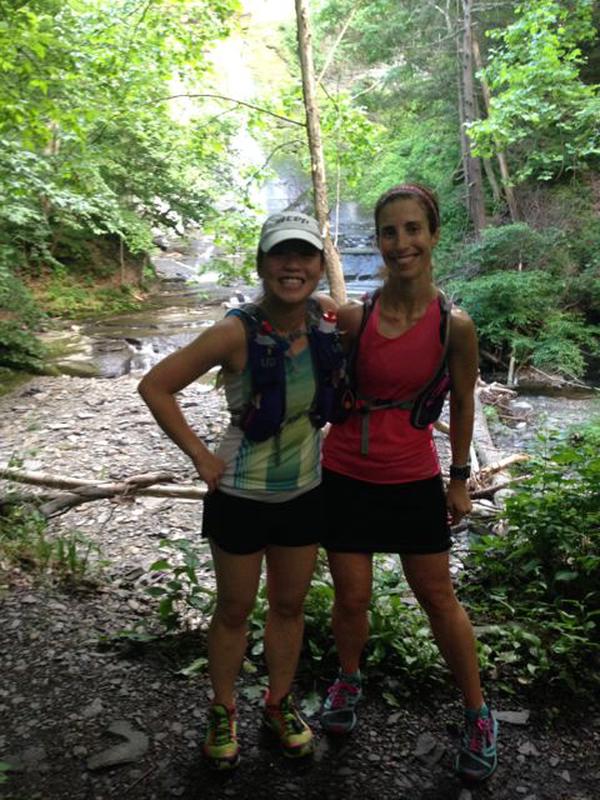 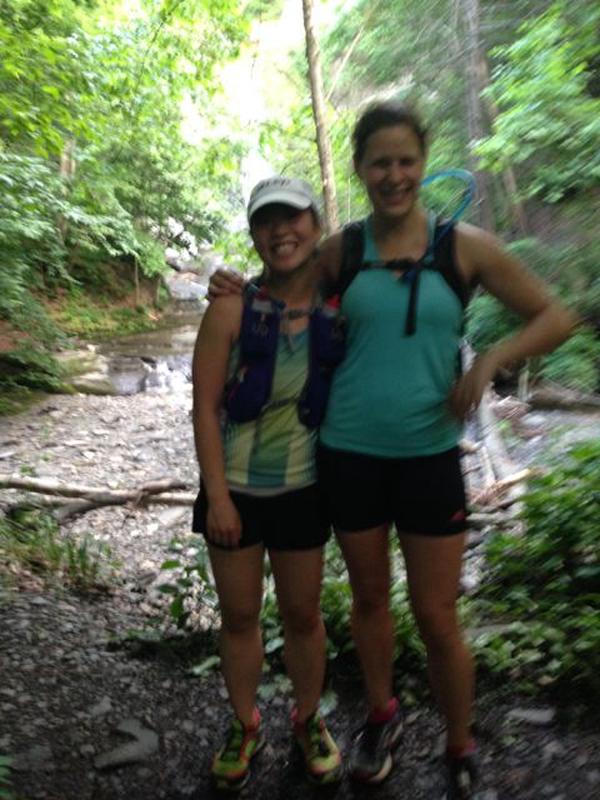 Friday I was able to get a quick timed run in on the roads. I need 60 minutes, and while I hit this in the heat of the day, it was nice to see a single digit pace for a change. Sometimes it is nice to get off the trail and head back to the good old road! (6.15 m 9:13 pace)

Over the weekend we had planned to run on our trip to NYC, but Xander forgot sneakers and I forgot a sports bra. It was for the best anyway as we racked up 10 miles of walking on Saturday and another 6 on Sunday.