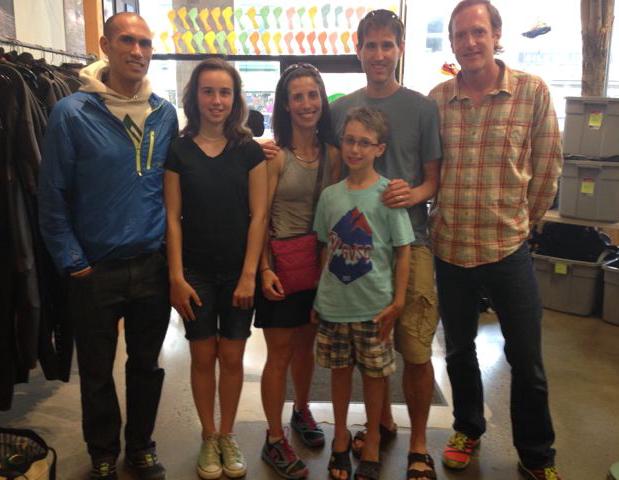 This week was exciting!  The Finger Lakes Running and Triathlon Company hosted the Cayuga Trails 50 Miler in Ithaca  week and we attended several of the pre-race events and volunteered at the race. It is really cool to be so inspired! We met amazing athletes, learned some hill running techniques, and watched the Trails In Motion Film Festival as a family. Walking up Buffalo Street after the show discussing the films was one of my favorite moments. Now to the work outs (38 running miles logged this week).

Tuesday After my friend Kathey told me her 12 year old daughter runs the Rim Trail in 30 minutes, I decided I needed to push myself to run the whole thing. I headed out and squeaked in the 2.93 miles in 29:56. Scott suggested starting at the top and doing all the downhill running first. It was a good choice and I have a nice benchmark for next time!  Before evening piano lessons we stopped at Finger Lakes Running & Triathlon Company to meet Yassine and Willie from Animal Athletics. They were here to run the Cayuga 50 Miler and it was fun to be part of the energy of the upcoming event! My plan called for an easy 45 and storms were predicted for my normal evening slot. However, I was ready to run  in case they didn't come and they didn't! I got a really nice comfortable run up the Black Diamond trail during the kids' piano lessons. I have settled into a predictable pace for this run, almost always averaging 9:31 pace for my 45 minute run.

Wednesday was a triple workout with Spinning and Pilates early in the day and Hill Repeats during Xander's evening track program. The repeats began with a  1.5 mile warm-up, 5x500 repeats and just under 1 mile cool down. This was hard! Time includes all rest time - watch interval workout setting is AWESOME. Keeps you VERY honest!! (5.28 miles/52 min)

Thursday we had a Field Trip to Taughannock Park today so I was able to run to work! It was a great way to start the morning. I enjoyed a comfy 6 miles to the park before walking with my pre-schoolers to see the falls. When I got there we had planned to run the kids a little so they'd get some energy out before our big hike. I had a blast racing with them across the field. The only downside of this was that it was COLD and after I finished running I was freezing for the trip even with 5 layers of clothing on! (6.08 miles/54 min)

Friday The Finger Lakes Running Club and Finger Lakes Running and Triathlon Company brought a program called Animal Athletics to Ithaca. My sister knows the directors;  Yassine & Willie and we enjoyed meeting them!  It was really fun to have the chance to learn about hill training from them. We met in Buttermilk State Park and worked on hill repeats. I plan to write a specific post about this event because there is SO much to say! I was so nervous for this, but it turned out to be an amazing opportunity!

Saturday I enjoyed a hike with Xander, and a nice solo bike ride along with some relaxing yoga to wind the day down. The ride was great. I took my typical route out Waterburg Road and managed 15.5 mph pace. I need to start getting on the bike more and working on improving pace. This was the 2nd outdoor ride of the season. Elizabeth is interested in a road bike too, so this could be an opportunity for me to upgrade my bike if I can find a good deal!

Sunday After volunteering at the Cayuga Trails 50, Jenny and I drove up to Green Lakes to run 2 loops of the 50K trail. This was a VERY good idea! I printed the maps and we were ready!! After less than 3 miles we were lost and much more tired than usual. I wasn't terribly surprised that we were lost since I'm terrible about reading maps, but it was humbling. We ran into a trail runner who took time from his day to run us back to where we needed to be and help guide us on our way. It made us feel better when he told us that there were a lot of new trails that weren't on the map, making it really challenging to stay on course. The terrain at Green Lakes is quite varied making this a really nice route. We enjoyed what they called the Serengeti because of the wind on this really warm day! Sadly, my watch died at mile 12.62, but we switched to phones and luckily I had recently looked at my watch! My achilles and calves are tight so I will have to watch that. Jenny and I started discussing strategy for aid stations, thinking about practicing with food on long runs and seeking out similar terrain for training running. We may venture out to the Finger Lakes National Forest soon as the terrain is more similar to the course than the State Parks are.  (16.14 miles/2:58) 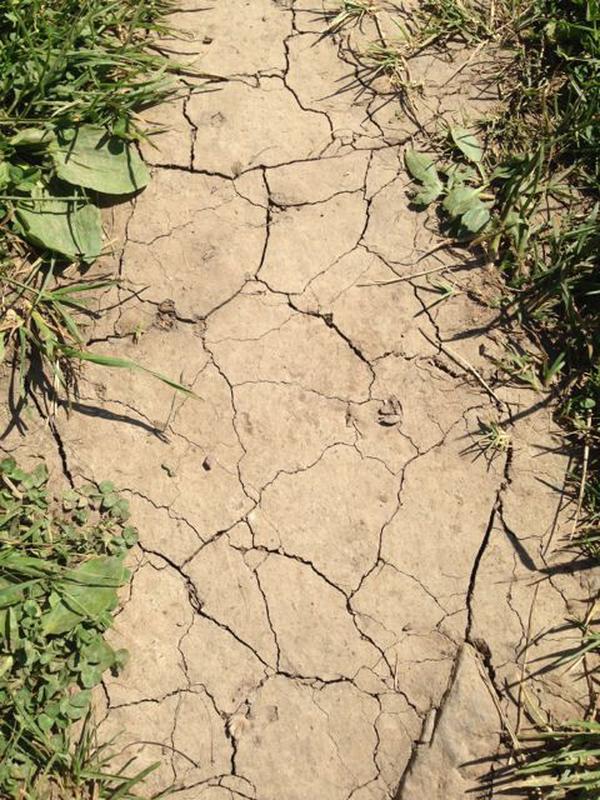 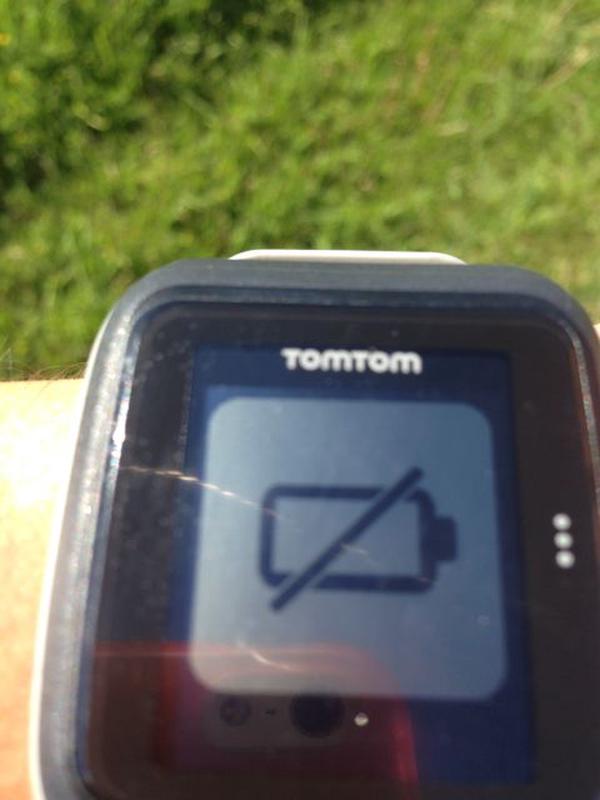 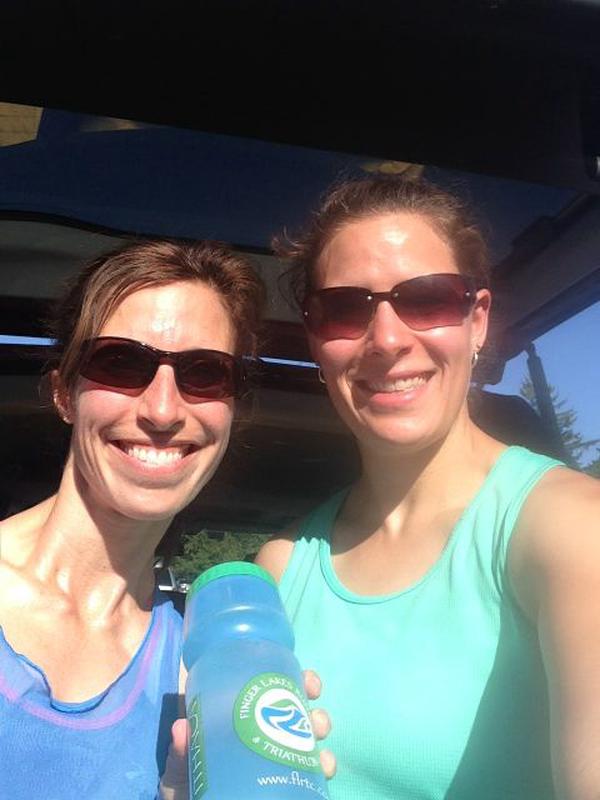