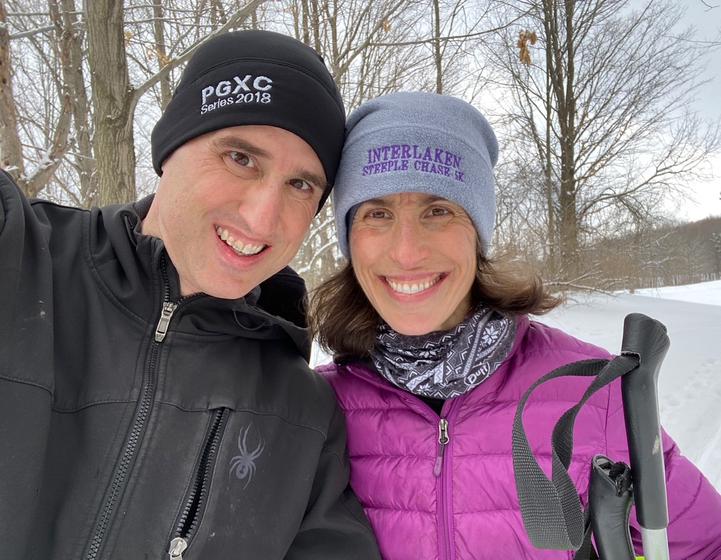 At the tail end of January I started to get swamped with baking for Emoticakes. Meanwhile, my 8th graders and my team were returning to in-person learning at school. This meant 10 fewer baking hours per week just because of the time savings with not needing to get ready and my ability to use my lunch period for baking while working from home. I knew all that would take some adjusting so I didn’t set any goals for this month other than to record my workouts.
Even so I did set up some loose goals for myself.

Well I guess that is not entirely true - I did write that my goal was to do yoga 3x a week. Unfortunately one thing I’ve noticed about myself and goals - if I state a goal but don’t really agree to it in my head (which I didn’t on this) it will not happen. If anything, the simple act of saying I’d do yoga three times a week ensured that I would hardly do any yoga at all!

I signed up for just a few Strava challenges this month.

After a year of no formal races I'm excited about this opportunity. The FLRC Challenge gives so many options that are on local courses. Some are on courses I haven't run, one is part of a race I got lost during when I ran with the kids, and others are familiar terrain for me. It should be a nice mix.

I'm in need of some new goals so I'm ready for the challenge.

With snow in February, we were able to cross country ski A LOT this month. This was the first time in so many years that there has been more than just a few days to catch snow. I grew up cross country skiing along with downhill, so it was fun to have an opportunity to do that. After years and years of regular downhill skiing 5 days a week with the kids racing and later with trips almost every weekend, it felt weird to only purchase 3 day passes to Bristol this year. We did get to enjoy one of those day trips over February break when Elizabeth got the first of her "spring break" days. Instead of giving a break, Ithaca College gave 4 days randomly spaced out during the semester. Thankfully one of them lined up with a day I had off! Here are some ski pictures. 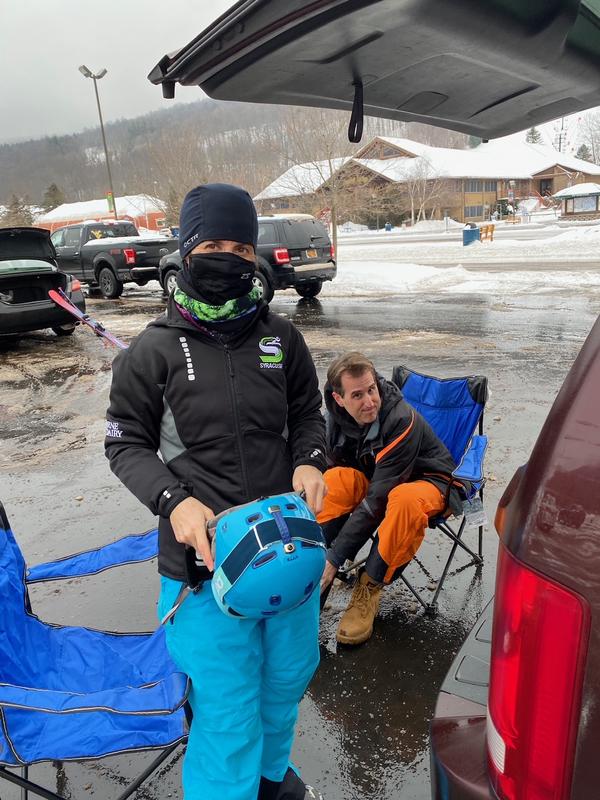 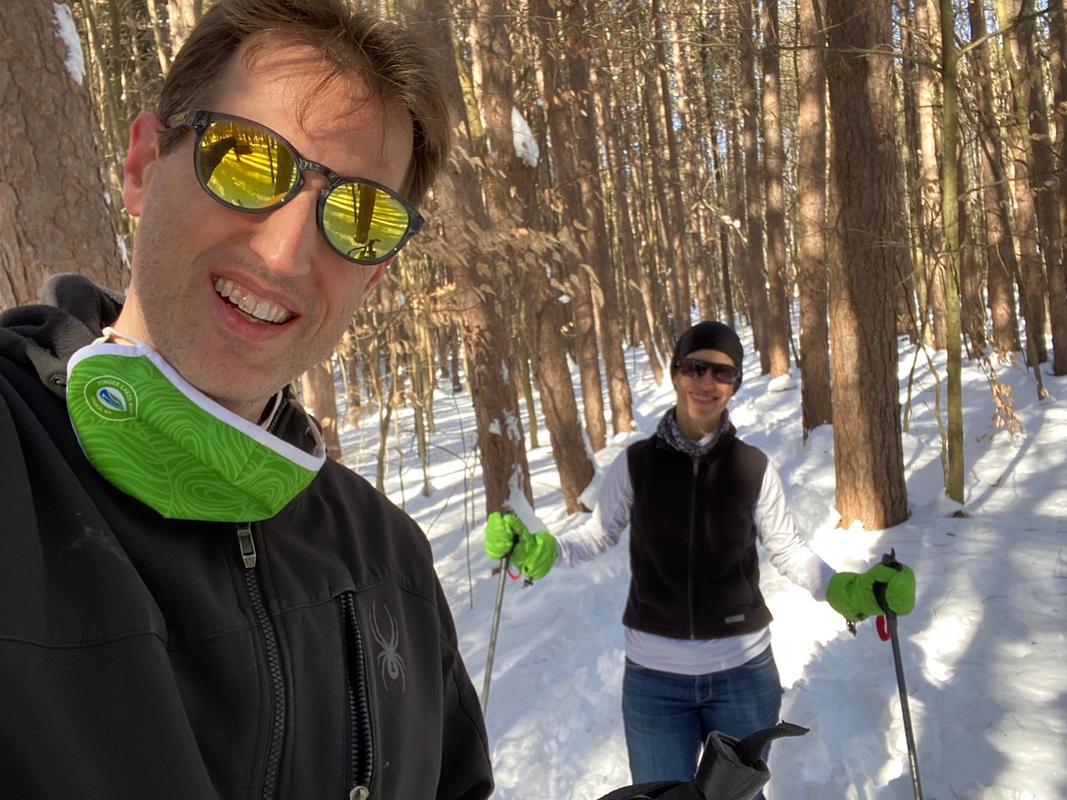 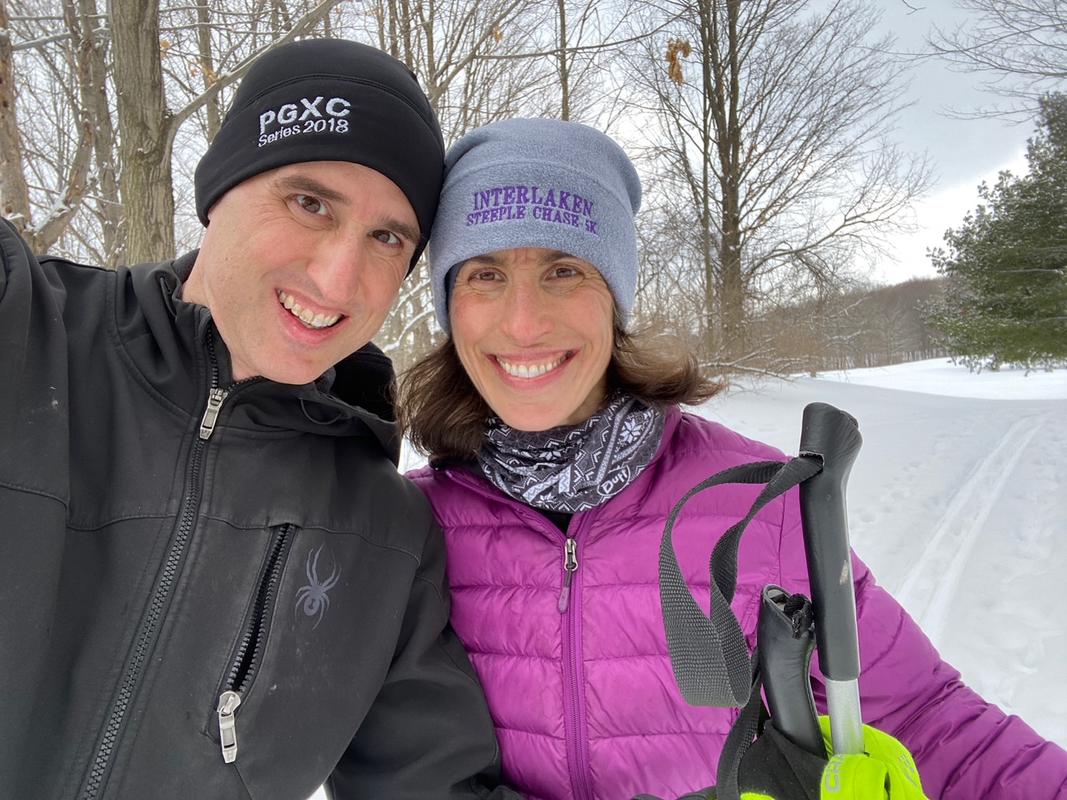 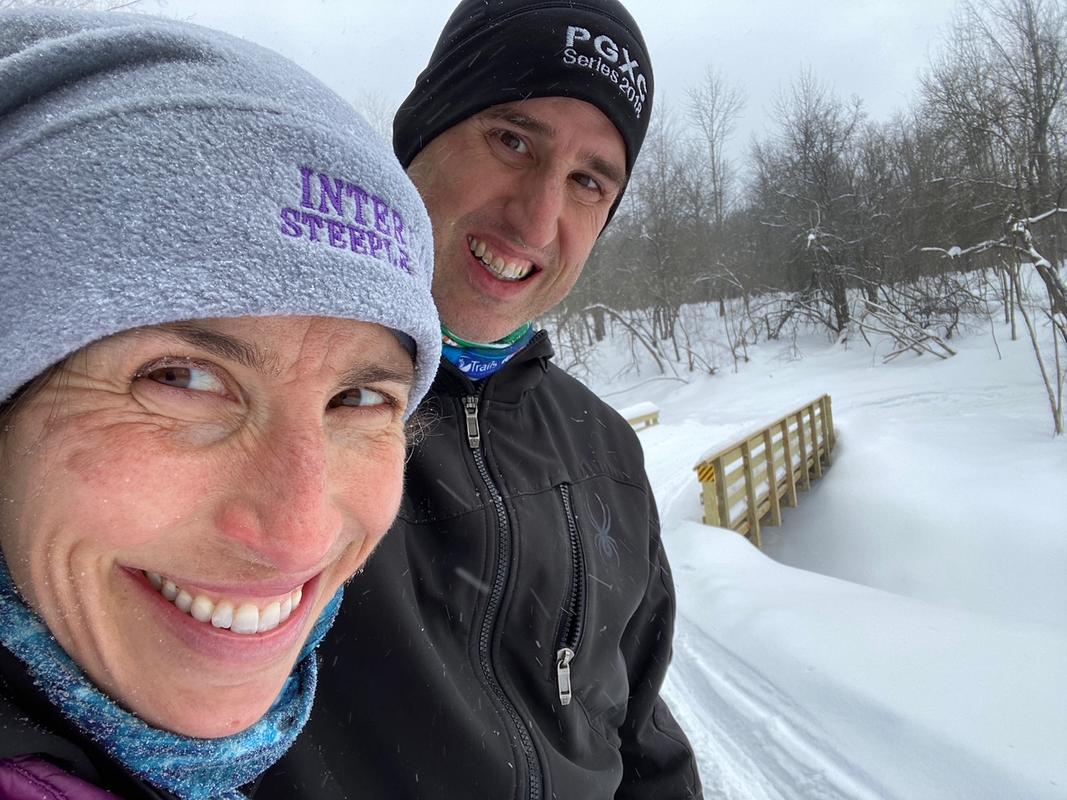 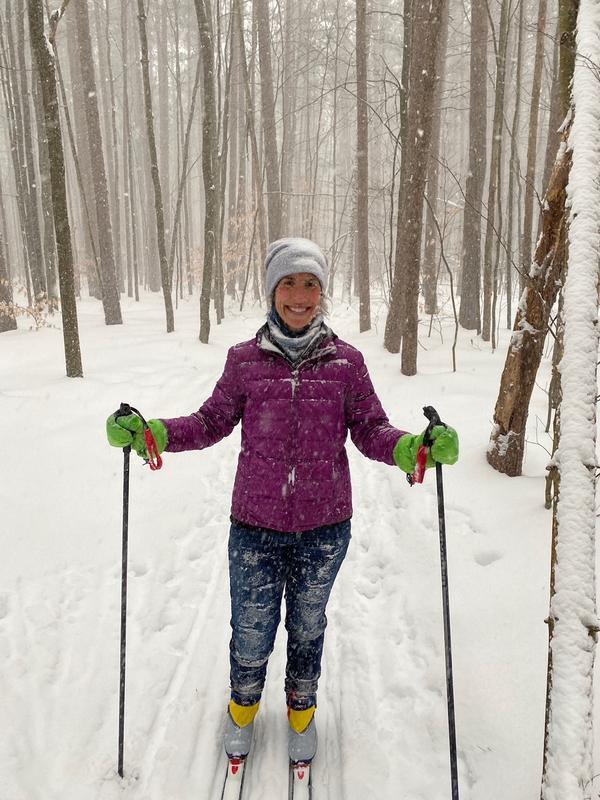 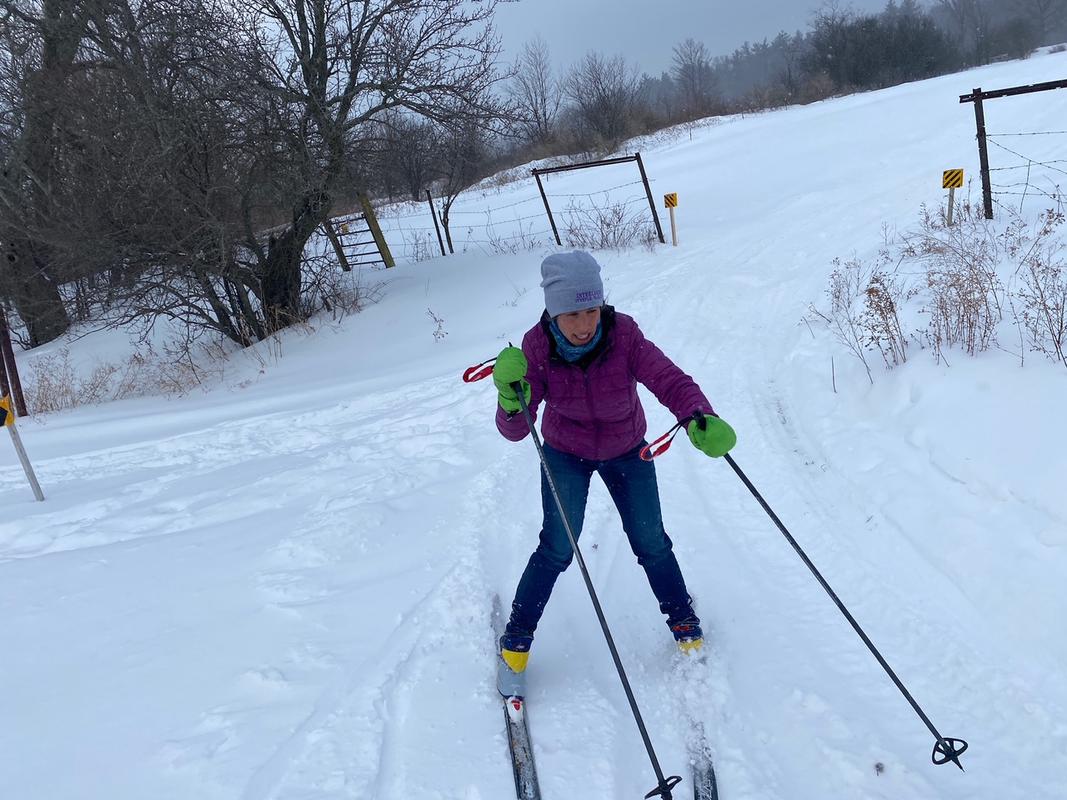 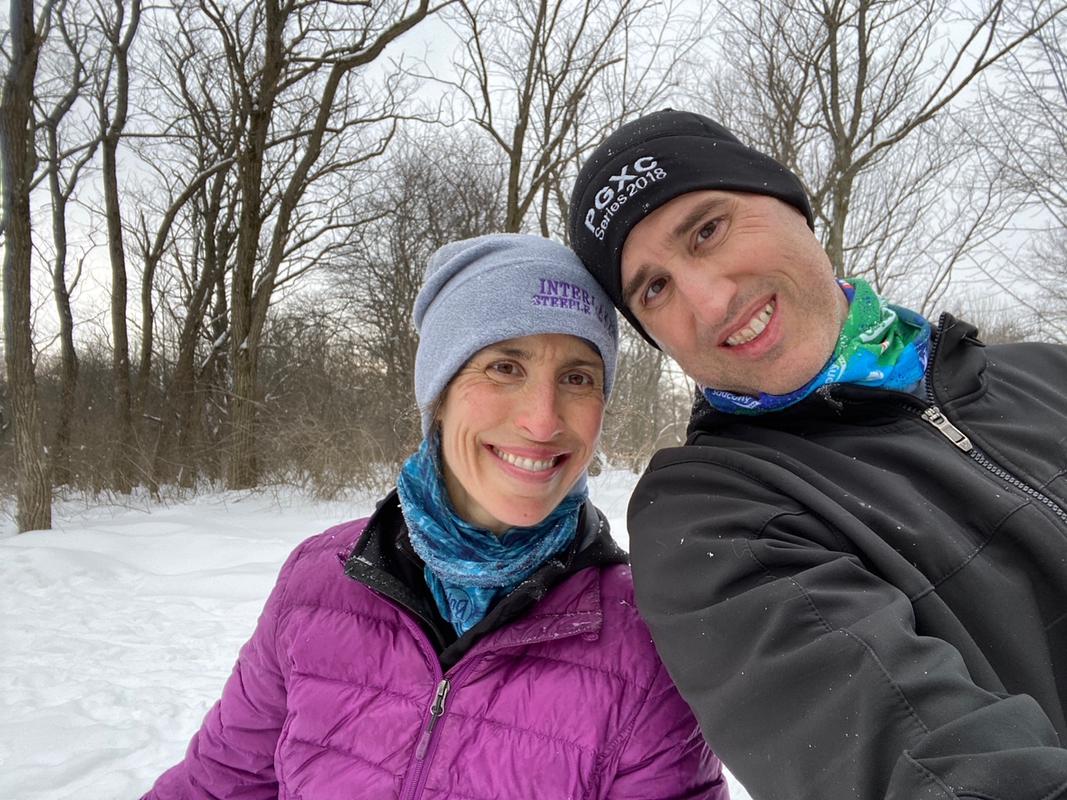 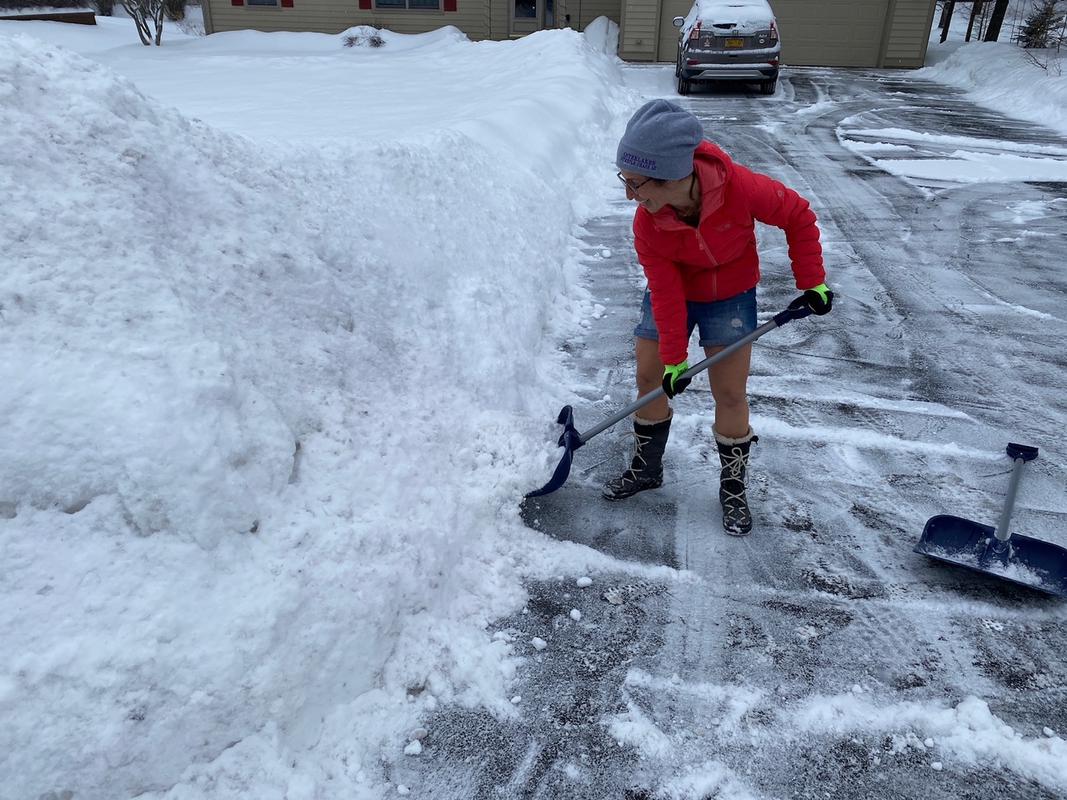 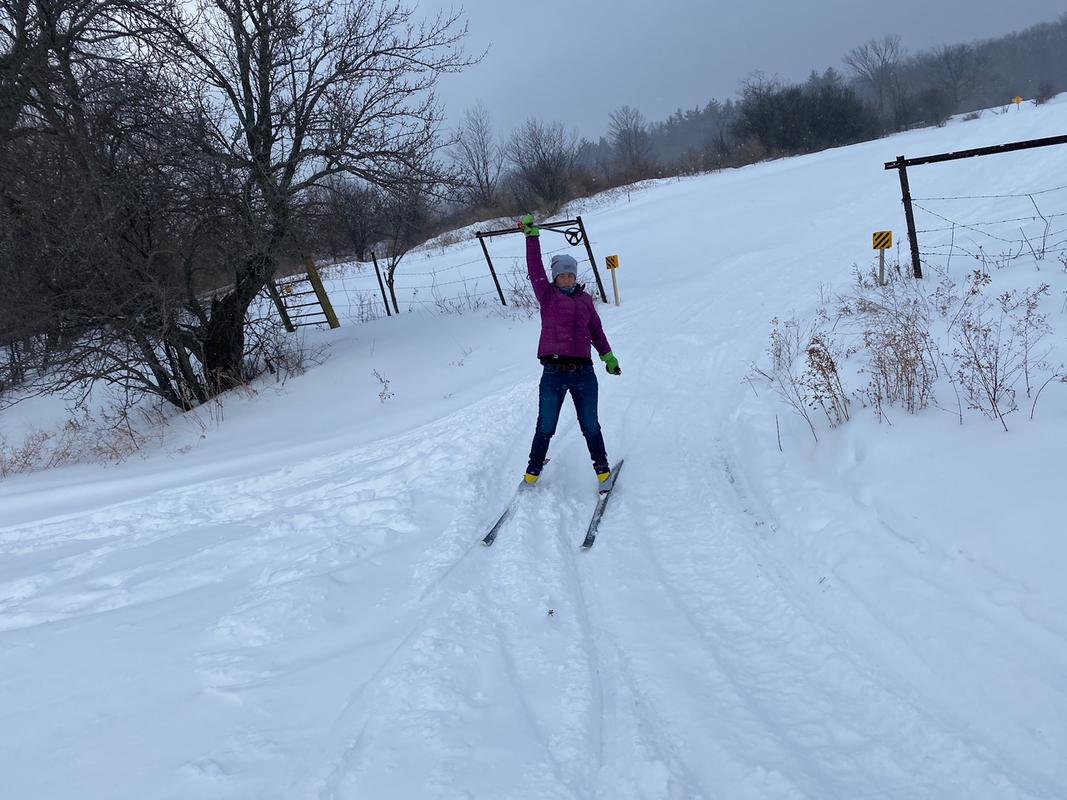 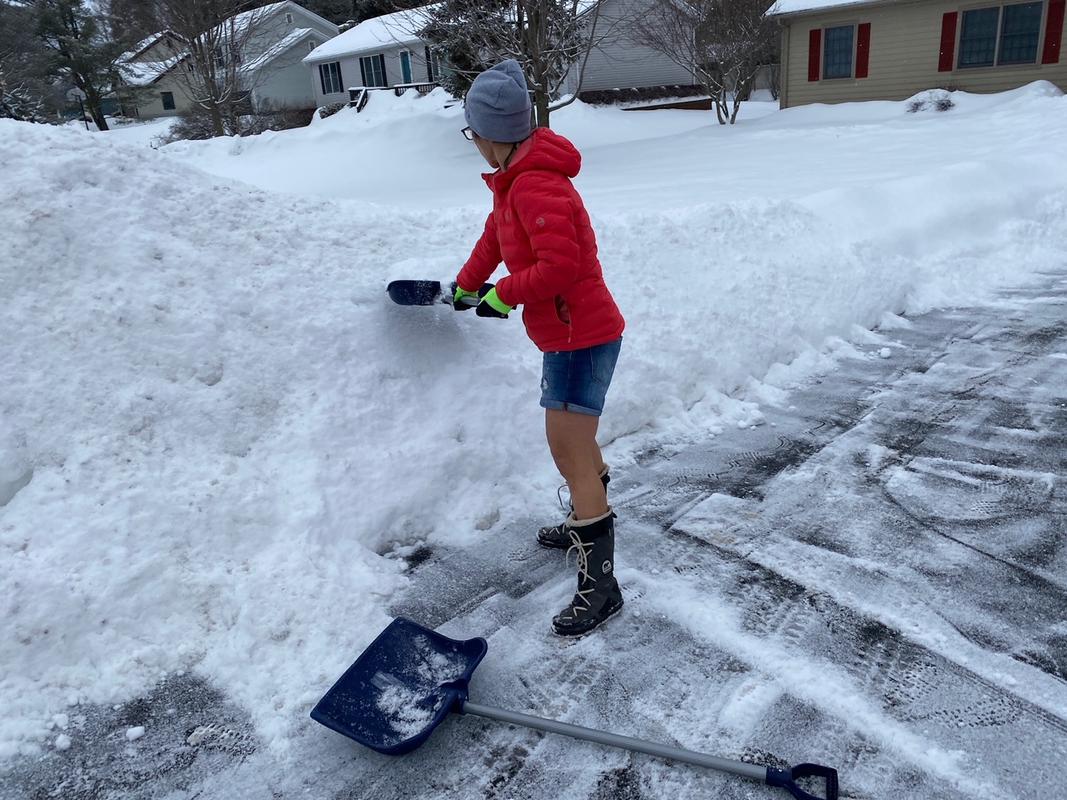 February by the Numbers

Get a closer view of February's Calendar or check out the handwritten PDF of my plan.

With a goal of NOT focusing on numbers I made sure not to be counting activities or minutes or anything for that matter. I ended up with 47 hours of activities and that represented 102 miles. This was split between 67 individual activities.

Still I was down from last month. And because here's an opportunity for some percent change discussion I'll share that.

January had 80 activities and February dropped to 67 activities. This represents a significant percent decrease of 16.25% for February. Mileage was a similar drop with 117 to 102, representing a 12.83% drop in mileage. Still, when I compare it to a year ago when my mom passed away mid-winter, I had just 36 hours and 34 activities. I did have a lot more miles though because most of my fitness that month was running. In fact my mileage last year was 136% of this year's mileage.

Scott and I have talked a lot about our winter running break. His was planned after a heavy fall of running. Mine happened because of mandatory quarantine in the late fall. I am angry about that time. I am frustrated that I didn't drive somewhere in the country and just run. I lost two weeks of running right near the holidays and for me two weeks is enough to break a positive habit. I feel like I've been spinning ever since the quarantine to get back into a routine of running. I know I'll be fine in the end and will again manage to kick myself out the door after work more easily, but right now I'm struggling to make the choice. It is easier to settle into watching Melrose Place on the rower, do a Les Mills on Demand bike class on my indoor bike or do a Les Mills BodyPump class in my living room. Even my elliptical beats out running some days. I haven't used it regularly in years and this winter I found myself popping onto that after rowing just to continue my TV show. So, let's just say that I am glad it snowed in February! I had no trouble getting out to cross country ski.

The data points include:

The Gorges Half Marathon Gorges Half is open for Labor Day weekend in 2021. We got our alert that the price was going up so it was time in late February to have our family discussion about whether to run it. I have a wedding gig that was postponed from last year's Labor Day weekend due to Covid and school starts right after the weekend. I don't love the new course and my favorite part of the race is the party after. That's not guaranteed right now, but the running looks pretty certain. I let the family convince me that I could handle baking a ton of cupcakes and cake and still get them delivered while fitting in the half. I know I can and that the race will probably be a welcome little respite from baking that weekend. Plus, if the Covid situation improves, we may still get our post race party. . I do love that my kids are talking me into a race. Scott and I introduced them to running - we started out as positive role models for them and they are turning that around and modeling healthy behavior for us now.

I do think spring will usher in a reminder of how much I love to run and hike! One thing about indoor solo exercise is that it is lonely but it is an opportunity to watch TV that I’d never otherwise watch and do online fitness classes. The instructors in my Les Mills on Demand feel like good friends. There are releases I count on to improve my mood - including one RPM release where the instructor says, “Are you happy? Tell your face.” It always makes me smile and move just a bit faster on that bike.

The high points for February include SNOW STORMS and cross country skiing. I absolutely ADORE cross country skiing and it was so much fun to get to do it so much this year. I regret that despite invitations I didn’t make it out of the area or even to Hammond Hill. I did enjoy the golf course and the Finger Lakes National Forest a lot though. The forest is right down the road from us and Scott and I fit in quite a few outings.

There were a few times that I counted my snow shoveling as exercise. I don’t often do that, but the snow was heavy and I had to shovel multiple times a day. I made a point to go out in shorts one of the days just because! Some of my students love wearing shorts in winter and I rather do too. My kids and Scott made such fun of me - even turning my pictures into a Bernie meme.

There are 62 other posts like this one. Here are some other recent ones: