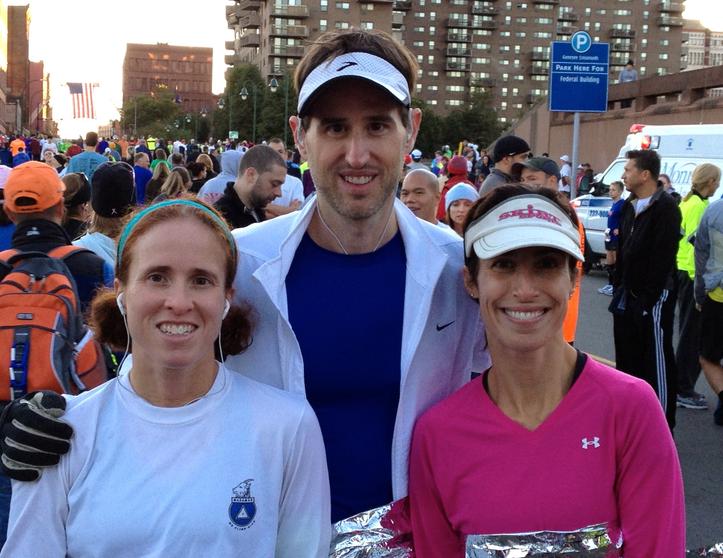 My FIRST marathon!! I used Hal Higdon's Novice 2 training plan, while falling back to Novice 1 for a lot of the weeks. I reasoned that I had used his Novice 1 Half Marathon plan for my first half, and was now a stronger runner. Scott and I had joined Daily Mile in the late summer of 2011, and in doing so our training bumped up from sporadic to extremely consistent. Shortly after joining, I met to my my soon to be running partner and good friend at the Red Baron Half Marathon in 2011. Jenny and I were friends on Daily Mile for a few months when our mutual friend learned we were both training for a first marathon. Jenny was Chicago  bound and I was heading to Rochester just a few weeks earlier. The timing worked, and we started our training together. We had only met in person once, very briefly 5 months earlier so I we were both a little apprehensive about running together. Our first training run was LONG on a very hot day!  About a mile into our this run, we started discussing our mutual dislike of babies. We still laugh about that moment. We knew we were going to be great running partners, and we've become close friends as well.

My goal for this run was to enjoy it. I hoped to finish strong and just have a lot of fun! Prior to this day, Scott and I had both done the Rochester Half Marathon and the Relay. It seemed natural to have this be our first marathon location. Of course my spoken goal was to finish and have fun, but secretly I hoped to have a miracle happen and to break 4 hours. I had this in the back of my head until two nights before race day. For some reason I opened up a book that I had borrowed from my sister, Run Less Run Faster. They have fabulous charts with pace estimators, and based on my 5K time and half marathon time my finish projection as 3:59:30. My entire training cycle, I had only managed to run one mid-week longish run at a 9:09 pace and it just about killed me. So, while I never really believed I could nail a 4 hour time, I suddenly felt empowered knowing a book projected my finish time to be under 4 hours.

For our first marathon, we had an entourage of people coming up to support us. Scott was suffering with an IT band injury and hadn't run farther than 14 miles in training, but he was determined to finish! It was my mom's 70th birthday, and my sister was flying in from Portland, Oregon to join us in the race and to surprise my mother. Our parents were coming up with us, and of course the kids were joining them in cheering for the 3 of us. Sarah surprised my mother in the hotel room the afternoon before, and we had celebratory cupcakes as part of our pre-race spaghetti dinner.

Scott and I got up early for bagel faces at 4:30 a.m. and the 3 of us wandered over to the start on that chilly September morning. We checked all of our things in a bag in Scott's name and we headed up to the line. We all planned to run our own race that day and lined up in our separate spots. 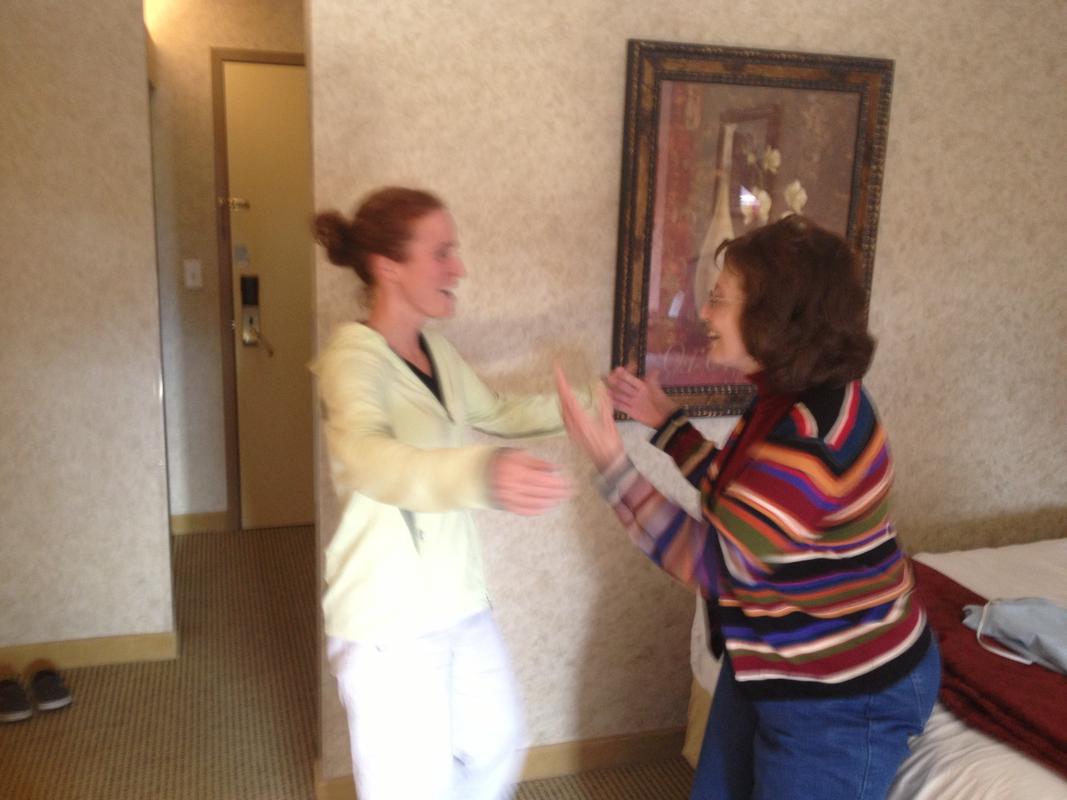 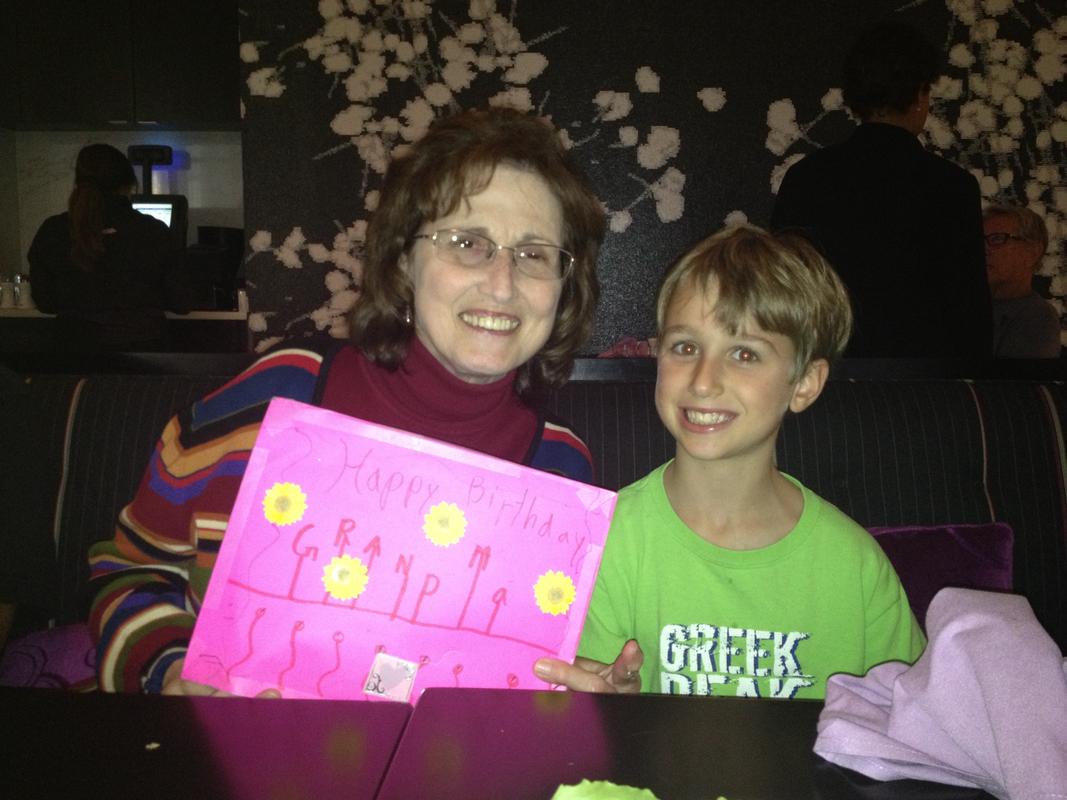 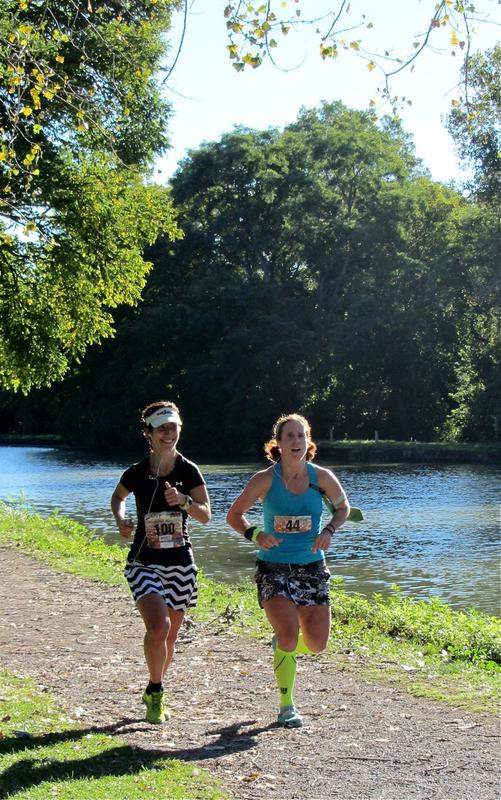 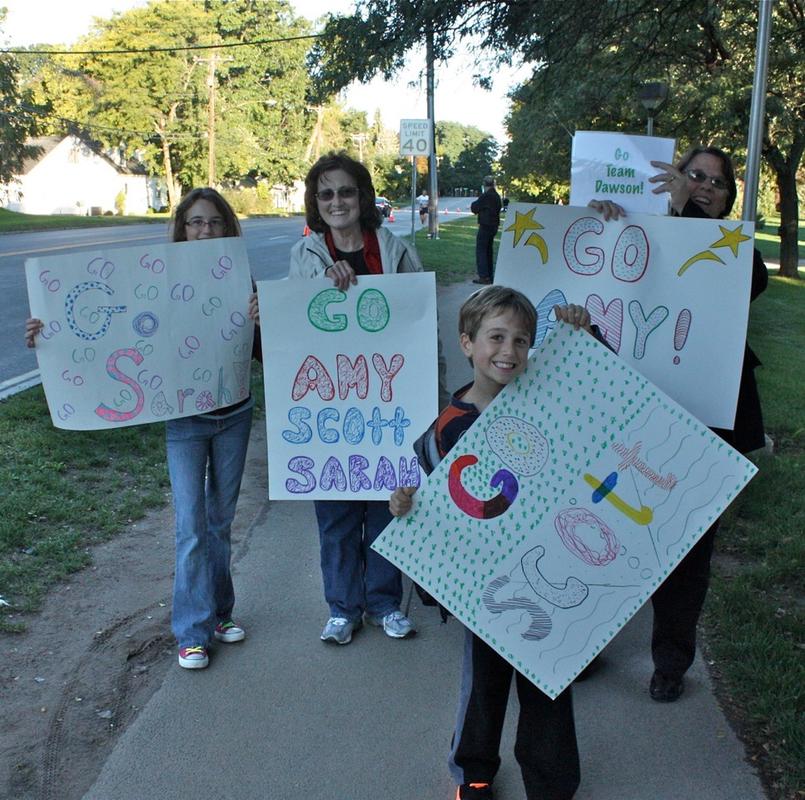 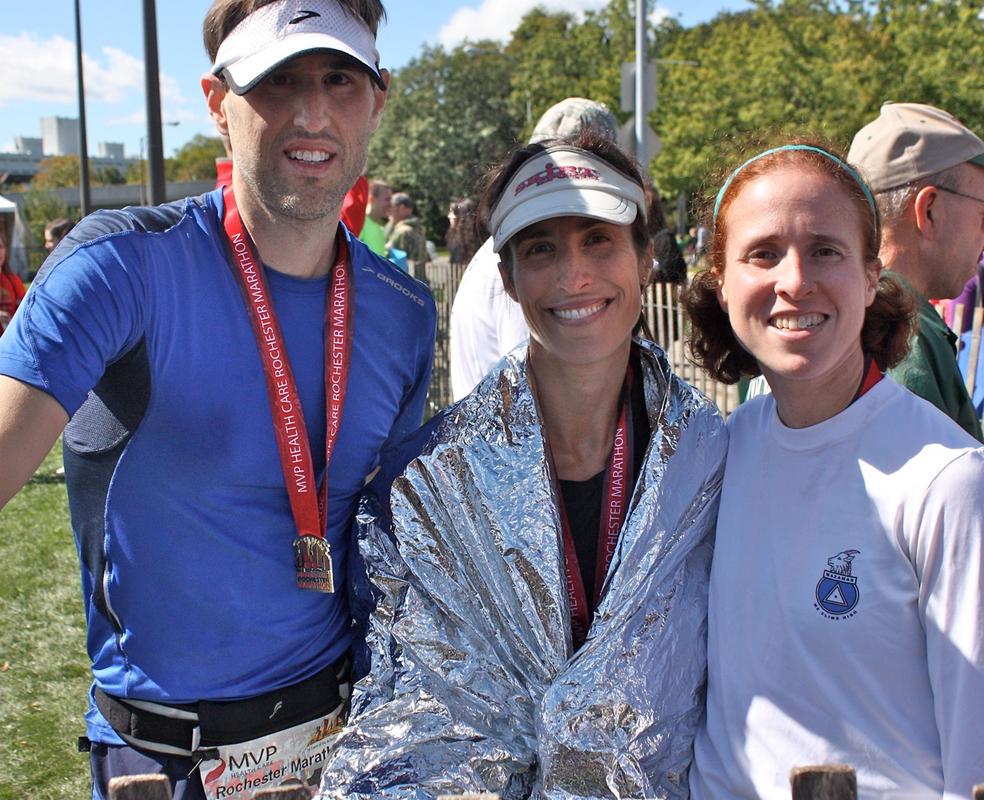 As with any race, there are moments that stand out. Some of my highs and lows from the day include;