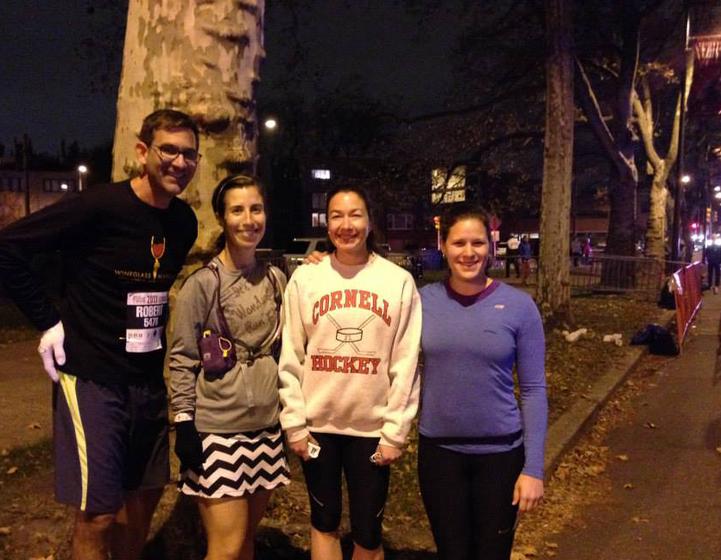 Jenny signed up to do the Philadelphia Marathon months before I did. We were running one day in late summer and I asked her if her boyfriend was going with her or if she wanted company. He did plan to come watch, but was willing to give up his spot of spectator to me!! I decided to jump onboard with 5 weeks to train between the Wineglass Marathon and Philly. It would be an adventure. 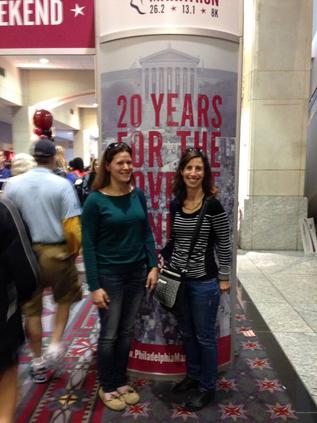 With Jenny at the Expo

Philly was my first BIG marathon. It also came on the heels of doing the Wineglass Marathon just 5 weeks earlier. Jenny and I headed down the day before to pick up our packets at the Expo. We enjoyed a delicious meal at an Italian restaurant in downtown Philadelphia with Rob and Chantelle, two of our friends from Ithaca who were also running the marathon. After dinner, we said goodbye thinking that we wouldn’t run into each other at the event due to the size of the crowd.

Jenny and I went back to our hotel and tried to get rest before our 3:45 a.m. wake-up (they told us to arrive by 5:30 to clear security in time for the start of the race). As I prepared for bed, I realized I forgot my contact case, so I “slept” in contacts. Waking up was easy as I don’t think I ever fell asleep, and I enjoyed our family tradition bagel face breakfast (peanut butter and a face made from raisins). Jenny and I walked over to the race and the first people we saw were Chantelle and Rob! It took us a mere 5 minutes to clear security, BUT we were happy to be there early as the porta potty lines were absolutely crazy.

Here's 4 hours of music for my first big city marathon!

We all started in our separate corrals based on our predicted finish times (ironically we all finished within 10 minutes of each other) and got our heads into gear for the race. The crowd was amazing! The course was challenging. I found the out and backs very difficult, and running by the half marathon finish at mile 13 made it VERY tempting to stop early. 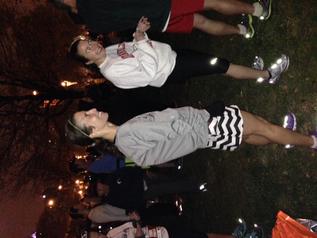 Humpback picture. My hydration pack was beneath my shirt

The things I remember from this race the most include: 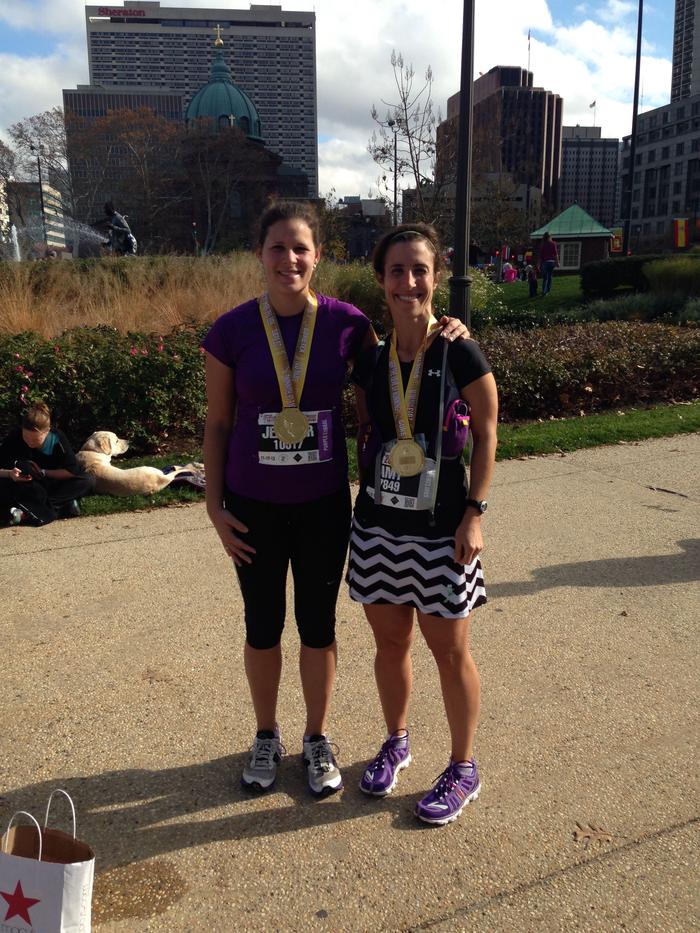