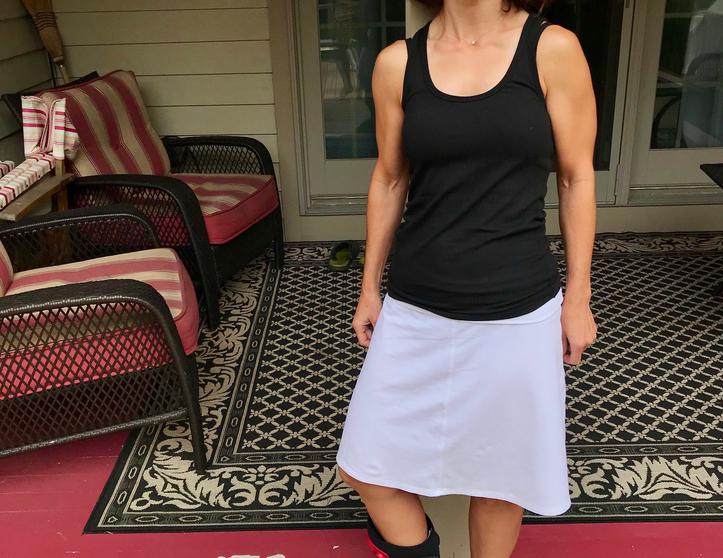 I haven't posted in a LONG while. Late August I was on a run and I felt pain in my right foot. I thought my laces were tied too tight so I loosened them. My run was on trail for a leisurely 12 miles. I was meeting my husband and kids for BodyPump in Ithaca. It was routine for me to run there on occasion. Two miles later and my foot was hurting more. I loosened my laces again. "I'm wearing shoes that I rarely wear," I thought. "They are just too tight across the top." Still, no better. A couple more miles and I called Scott. "I'm limping now. I hope I can make it to the end of the trail in time that you can pick me up for BodyPump."

We had just returned from our trip to Oregon. The trip was filled with lots of long hikes and late day runs. Xander was missing the first week of pre-season for cross country and he was determined to put in the miles he was expected to have for that week. Each day we had done hikes of 10+ miles and each late afternoon or early evening we went out for a 3-6 mile run. The air was smoggy because of forest fires and it was really dry. I had found the runs to be challenging but I did them anyway.

Maybe I didn't break it

Assuming it was bruised, I tried arnica gel and acupuncture. Both made my foot feel moderately better, but I was still limping. I started to avoid walking as much as possible. When I did walk, I walked on my heel. I convinced myself it was getting slightly better, but really I just changed my habits. School had started and my classroom is on the 2nd floor. I struggled to get through the day. Getting copies made, standing to teach all day and getting upstairs to begin with was a challenge. Plus I felt like I was dragging my foot around and that was embarrassing.

I called the doctor and got a pretty immediate appointment - thank goodness! I think I called on a Wednesday and had a Friday afternoon appointment. When I walked in and started answering questions, it was a quick diagnosis. Stress fracture of the third metatarsal on my right foot. 3 to 6 weeks in a boot. "So" ... I asked while trying not to cry. "What can I do for fitness?" She hesitated a very long time during which I added, "I work out every day. Is there anything I can still do?"

We had a conversation and I managed to hold back tears. I was allowed to swim without using my legs and lift upper body. After my boot came off I could elliptical and bike.

I got my boot. Thankfully I was able to get that right after my appointment Friday. I came home and modeled the boot and we went out to dinner at Atlas to "celebrate" my diagnosis.

Settling into the reality

I tried to do anything athletic that I could. One day I came home from work and hopped on the rower in our home gym. I held my booted foot stationary and rowed. Scott walked in and said, "Really?" Soon my daughter popped her head in and started laughing. They both pointed out that you could easily overwork something even if you were strapped into a boot. Instead I went swimming (not using my legs) and lifted my upper body as much as I could.

Soon though I settled into the reality. I wasn't going to see my friends for months (the only thing I do with my friends is run and hike) and I wasn't going to be able to enjoy after school hikes with Elizabeth. She is a senior this year and she opted out of cross country for her senior year. Figures that this is the one year I'm injured. I also missed adult cross country season. It was especially hard during the local race. We had signed up to host the after race party and I was stuck home setting up for the party and then attending as the injured one.

As I got used to the boot I started to enjoy the time I had. Suddenly I wasn't working out during most of my "free" time. My baking work was a little more relaxing and I was able to dedicate all of Saturday morning and Sunday morning to my school work instead of splitting it between work and working out. I felt left out of the family but I threw myself into work. I did get lonely and missed my friends and was super eager to get it off, but I felt like I had more patience for it than I expected I would.

When I talked with the doctor at diagnosis and told her about my winter running in a group called Mithacal Milers she furrowed her brow and said, "maybe you can run fast again by winter." How far do you run every week? "30-40 miles I said." She said it would be a long while before I was back to my normal running load.

And six weeks are up

I ended up in the boot for the 6 weeks and slowly returned to things like elliptical and the bike. I stopped swimming for the time being and started to do BodyPump at home again (skipping lunges and squats).

Soon it was time for the time trial for Mithacal Milers. I had my first hike on October 14th. Thank you Strava! My first run was on October 30th. I ran to meet my friend Kathey at the overlook of Taughannock Falls State Park - our regular hiking spot near home. This 3.5 mile run was challenging. Suddenly a short run felt never ending!

Very slowly I started to run again. On December 15th I finished a 6 mile run - my longest since being injured. I ran on the soft terrain of the relatively flat Black Diamond trail. I came home both thrilled and disappointed. "I can't believe a 6 mile run feels that LONG." I shared. The doctor was right that it would be awhile.

Late December into January was a very tough time. My mom was admitted to the hospital a few days after Christmas and after what felt like a very long time she was diagnosed with Metastatic breast cancer. A few days after her return from the hospital, our dear rabbit, Snowball died. Both of my sisters came to help my mom (they alternated) and I spent as much time as I could in the hospital. I know they would both say I did virtually nothing to help (I'm so terrified of medical things and truly useless in these situations) but I spent very little time sleeping and most every run during this time was an opportunity to sob. Most runs I would make it out of the neighborhood and be sobbing by 1/4 mile. It was a good way to get crying out, but not the best for having good running experiences. I did manage a couple runs with friends during this time and one run with my sister Sarah. I feel grateful for these opportunities.

And that fast running ...

Never happened. Still struggling to hit regular miles I just had a bad feeling about running fast. I am not terribly competitive (meaning that if I can't do a workout I would be ok dropping back) but in this group I knew in the back of my mind that I would struggle to do that. I had signed up for the Hartshorne Masters Mile. I transferred my sign-up to my friend Tonya since she hadn't registered yet. Scott went up to do the mile and I was rather sad not to be participating. Last year this race was my first ever mile race and it was fun. I stayed home and baked and worked on school work.

Time for the Skunk Cabbage half

It is only a few weeks until the Skunk Cabbage half marathon. This race is where you shake off the winter blues, see everyone you know from running season and just get re-energized. I ran it with a group of friends one year and then with my friend Christina another. Last year I "raced" it .. sort of. It was snowing and freezing and I ran it as quickly as I was able for the time of year. This year. Well, I hope to finish. I ran an 8 mile out and back run on Sunday and considered going for 10 but because I had to get to Bikram yoga after my run I cut it at 8. Thank goodness I decided to turn around at mile 4. By mile 7 my legs were exhausted and I was thinking, "you are going to do a half marathon how?"

I'm sure it will be fine. I'll be embarrassed by my time and disappointed that I can't race it, but I will focus on the positives. I CAN run! I am recovering. My mom is getting treatment that will hopefully help her. We have a new rabbit and a great video of Snowball to remind us forever of how much of a part of our lives he was. Spring is coming and my running will get back to normal.

I have more respect for my body now. If I could do things over I would have skipped the Oregon running. I know that the running on top of the hiking was just too much. It followed a summer of a lot of training and I should have just enjoyed the evenings by the pool and rested my legs.

It was a reminder of just how much time you lose when you are injured. I've watched my sister come back from injury and she always tells me that she isn't in the shape she was before the injury. I never really understood .. until I was injured. You lose running fitness FAST. The other things stay fine - elliptical, indoor cycling, lifting etc seemed easy to get back to but running. Wow. Even after a few months of slowly working back up the mileage I have to bargain with myself, kick myself out the door and negotiate all the time. I feel like a brand new runner with the exception of already knowing that running ultimately does make you feel great - you just have to get to that point. I look forward to being there again sometime soon!