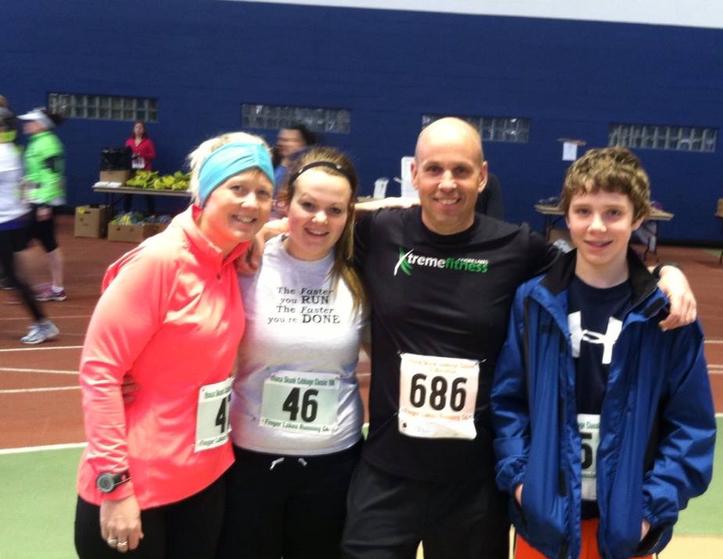 You can't change your past

I remember just a few tidbits about running when I was young. I could “run like a deer” according to the neighbor, I could win cross country meets in junior High, and I broke the 5 minute mile on a cinder track just before I was kicked off the team for smoking. I blamed everyone else for my “misfortune” and quit running for the next 30 years. How I’d love to go back and have a talk with that young man, tell him how it is….But one lesson I did learn, You cannot make a better past.

Besides the twice per decade ritual of buying the latest treadmill only for it to become a clothes hanger by Valentines’ day, I did nothing for my body. I worked hard at work. I worked harder at play. Both took their toll on my mind and body. As I stumbled through my late 30’s, I began to realize I was going stop living at all if I kept living like I was. 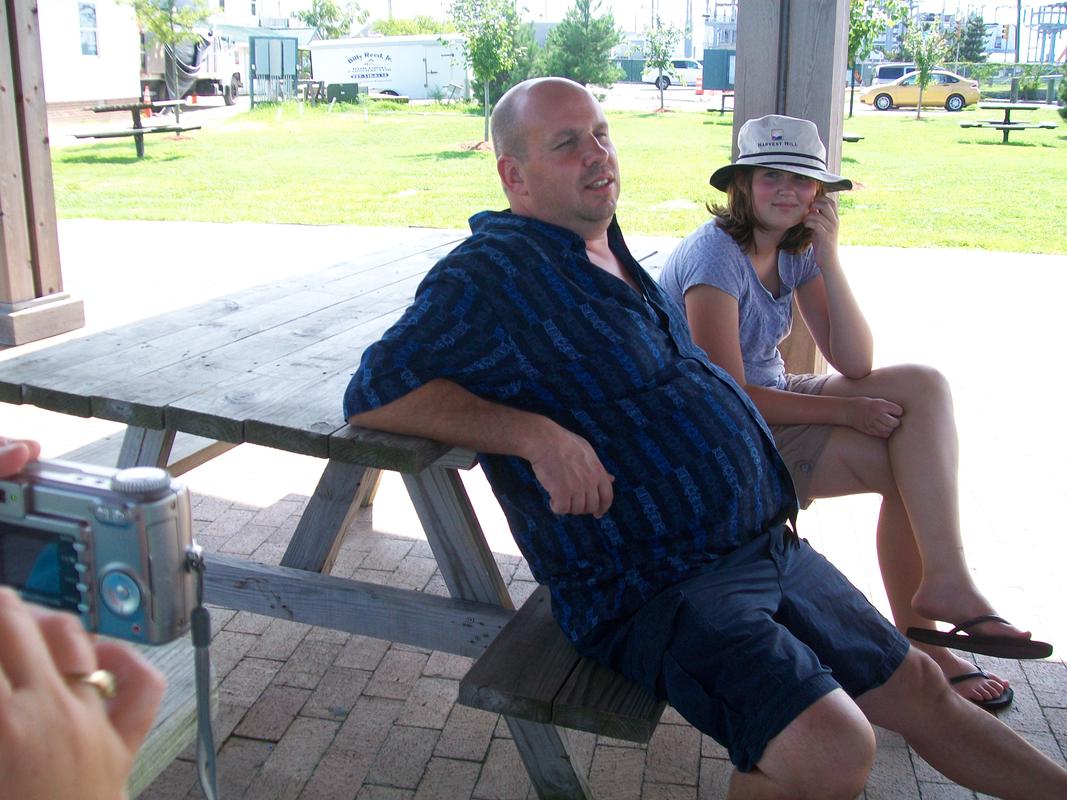 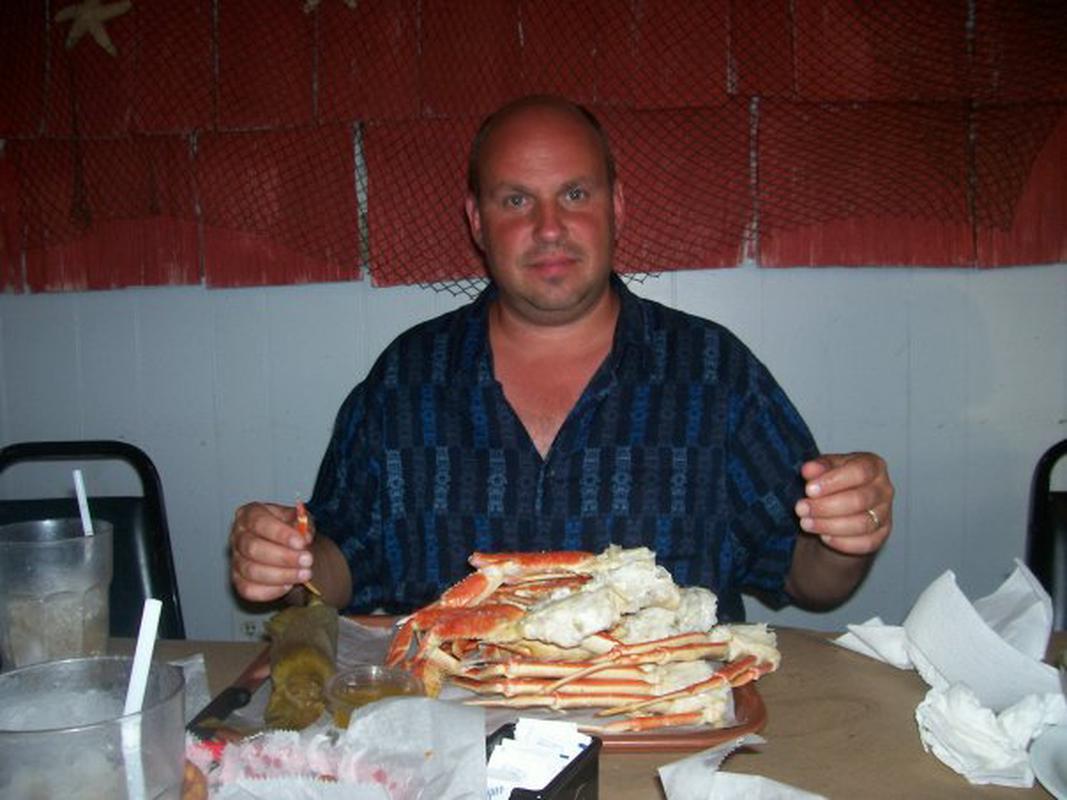 Why would I watch a race?

Just over 8 years ago, as 40 came calling, and my oldest child Allison started her freshmen year, she joined the Groton Cross Country team and asked If I would like to go watch her 1st race! She tells the story often of what I said. “Now why would someone watch a running race? Everyone runs into the woods, stand around for a while and they all run out”. Ha! Little did I know the fun that I would have at 100’s of races.

Despite my feelings about running, I supported my kids, so I dragged my tired, 230 something pound body down to coach Scott Weeks pre-season fundraiser, The Groton Labor Day race.

Who are all of these old people? I asked myself. These are not just kids. I know him, I know her, I didn’t know you could run. And look. They are smiling, talking, high fiving, eating, having fun. All shapes and sizes, all age groups (I had yet to understand the racing meaning of age groups) at this point.

I used to be fast!

That’s it! I used to run! Heck 30 years ago I was fast! Maybe that will be the secret treadmill that will last a lifetime (or at least as long I had left) I went home and excitedly slapped on a pair of those thick gray sweatpants everyone owned, some k-mart flats, a backwards hat, and lined up at my mailbox.

I made it to my neighbor’s mailbox huffing and puffing. Face as red as a Santa suit.. A whopping 200 country yards or so. Hmmm, that was tough…but exhilarating at same time. The next day I made it to the next mailbox, By Saturday I could get to the 1st stop sign (nearly a half mile). It was Thanksgiving 2 months later when I made it 3 miles for likely the first time in my life. Day after day, again and again….I’d run a little further, or a little harder. I still felt the same…it was hard, my body felt tired, but my mind was racing….my mind loved it. The weight started to drop, the miles got easier, the smiles got bigger, the shoes got more expensive, as well as the other gear. I to my surprise, my mind became clearer, happier, stress rolled off my shoulders all day long.

Pam, Adam, and Marissa joined in with Allison and me, and suddenly we were a family of runners. My first 5k and our first family 5k was the a Father’s day race at Lime Hollow in Cortland. I could not have had a better father’s day gift than to see my family at the starting line. I clocked my very first 5k with a sub 30 minute. It was my PR of 29:57.

I can't imagine not running.

Over the next 8 years I would drop 60 pounds and log over 8,000 miles. I would watch my family do some amazing things as well… I would shave 10 minutes off that 5k time and grab PR’s every month. I would log Every single mile along with a bit of tomfoolery on www.dailymile.com where I (virtually) met some great people with the same passion as I. The only thing better was meeting those same folks in person the 1st time and again at local and XC races. 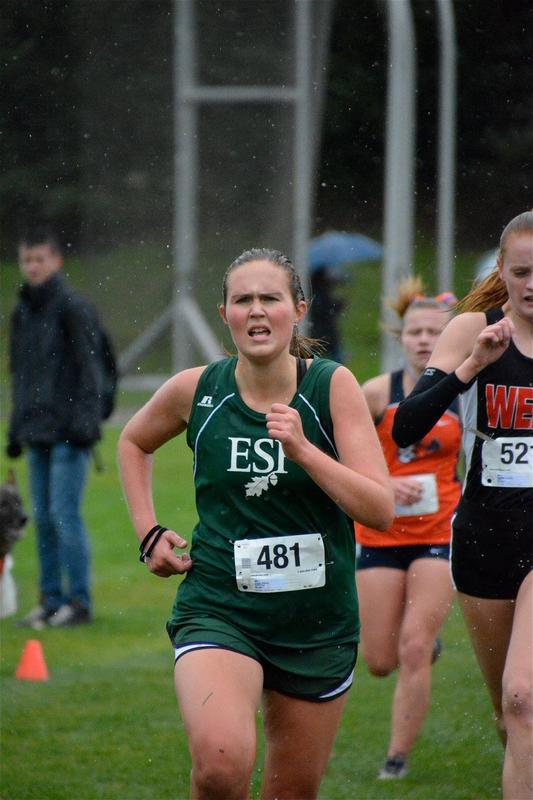 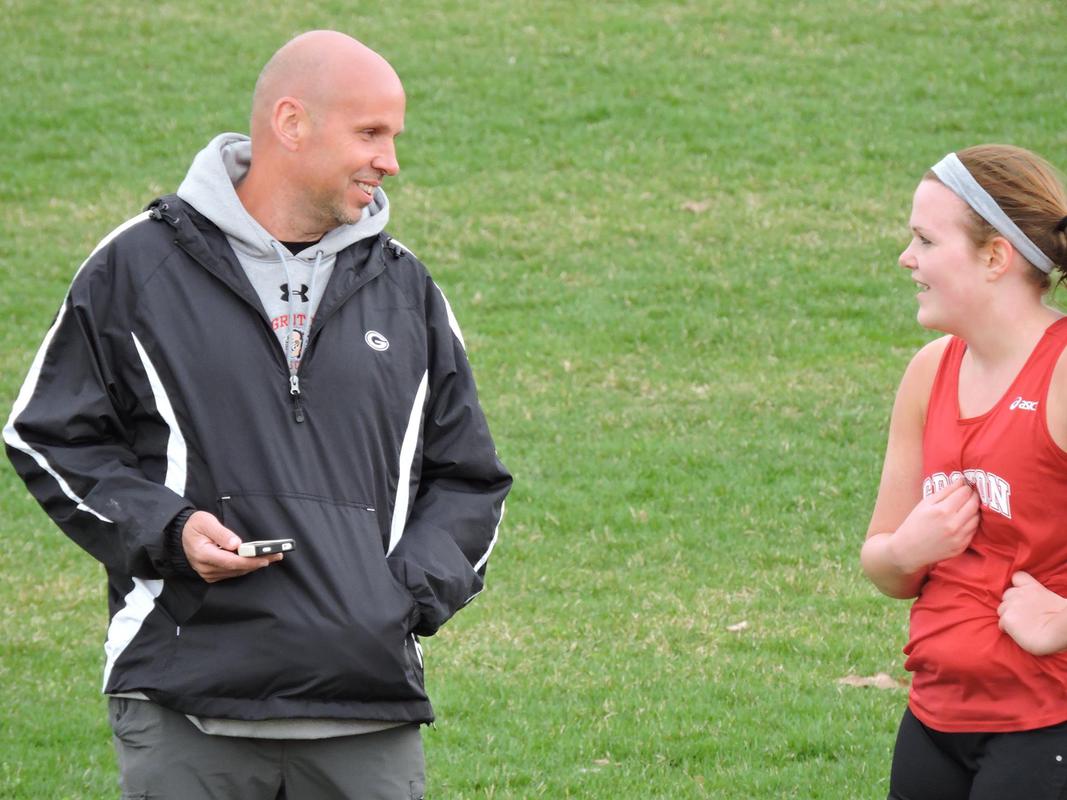 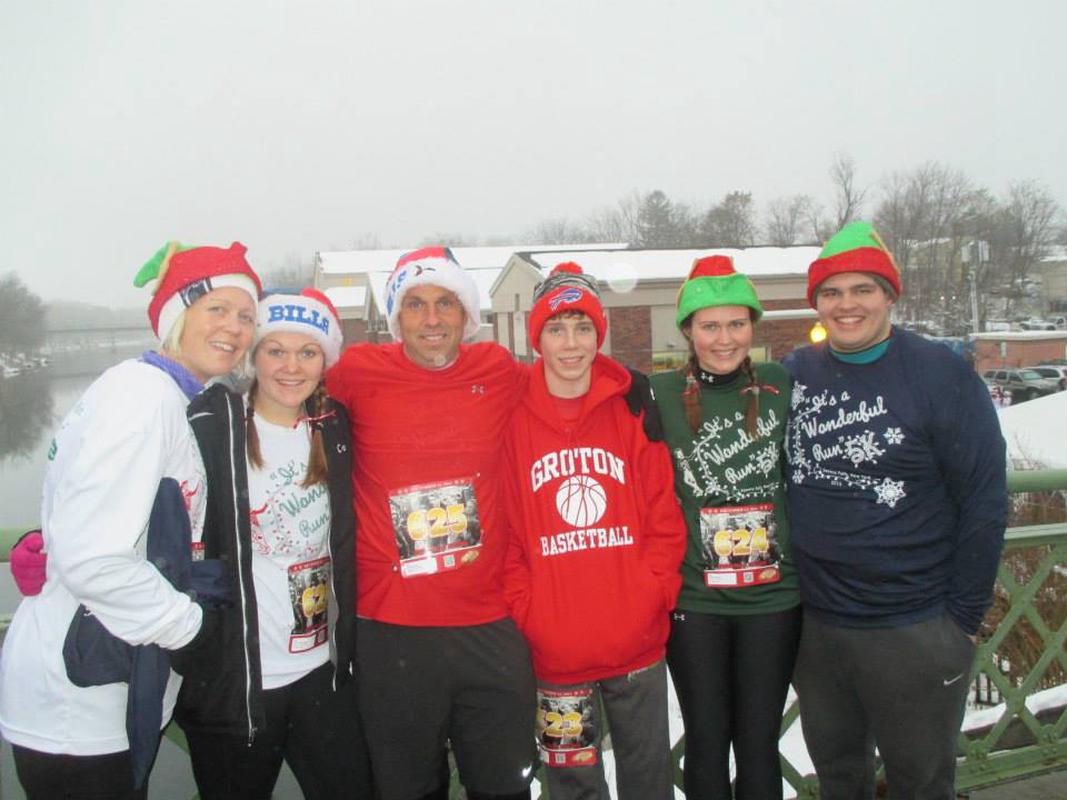 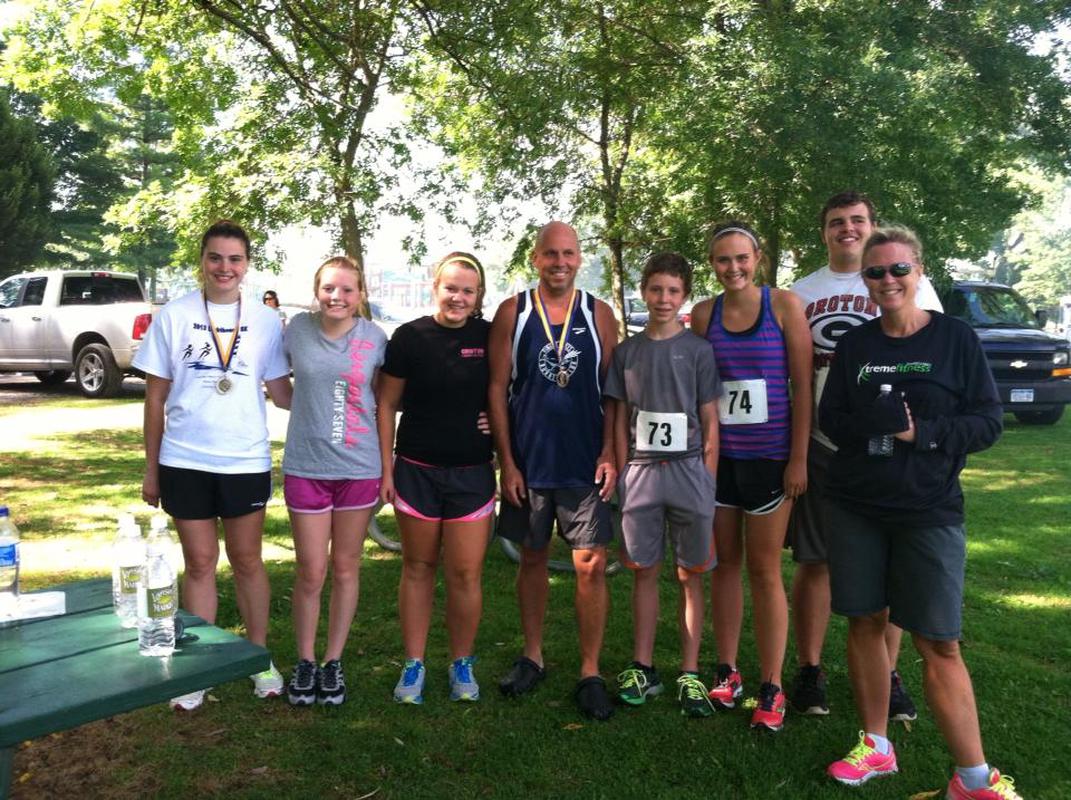 Marissa Joined Cross Country and Adam, the fastest in the family,  would whoop us all, even though he “hated to run”. They were always proud to report to me their new PR or new distance (I was even more proud to hear it). My Wife Pam was just as proud when she finished her first half marathon.

Running, exercise, fitness (boot camp), and mental toughness are part of my every day now. I could not imagine starting my day any other way! I don’t like me when I don’t run.