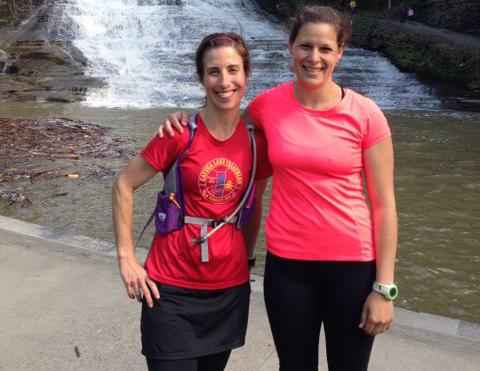 This week I edited Scott's training plan to fit all the things that I need to do; Pilates, Yoga, Bodypump, Skier's Edge and a couple of races I don't want to miss. My plan has no rest days built in, but I know that I'll squeeze some rest time in!

Monday I couldn't make my usual Bodypump/Pilates combo, and it was my night to drive Elizabeth to dance so I fit in some Power Yoga at Michael's Power Yoga Bootcamp Studio. My legs were really tight after the weekend's running and I felt almost perfect after this class!

The first day was 45-60 minutes easy. Today I hit the Black Diamond trail again. I broke out the small pack that can hold a 1 liter hydration pack. This is one of our last weeks of piano/dance shuffle and I got the 7-8 p.m. slot again after Scott's 6-7 time. It was a great time slot because it was a very warm day and it was cooling off by then. I had a bit of trouble with the pack rubbing on my shoulders, but other than that it was a great run! I kept a positive mental attitude for the entire run.

Wednesday I went to spinning and then instead of doing hill repeats when it was nice and cool outside, I waited to do them when it was 80 degrees during Xander's track. He and I ran to track. I carried water bottles for both of us, and then started my repeats when he started track. Since it is early in the plan, I only had to do three 600 meter repeats before heading home with my empty bottle just in time to hit a PTO meeting. Luckily Christina brought Xander to the meeting for me, as it was Scott's night to do the dance driving. On my way home, I tried putting the bottle between my skirt and back like the elite trail runners did at Western States. Scott tried this the other day and it worked great for him. Not so much for me. 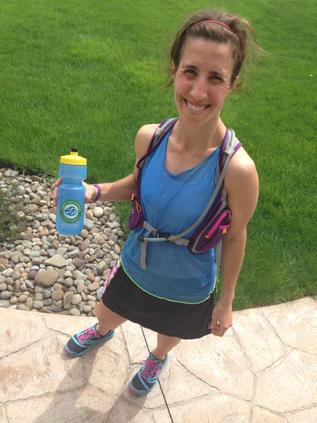 Ready for my first solo effort!

Thursday I headed out for my first solo effort at a rim base rim run. I forgot my GPS which turned out to be a good thing (no pressure) and set a timer on my phone. I started at the overlook and went up and then down the South Rim to the base. Picked up the CLT course and went to the falls. I stopped to have a hiker take my picture and enjoy the spray of the water before heading back on the trail. I took the South Rim back up, walking all the stairs until I hit this one little tree that I always negotiate with myself to be the "you must start running again here and no stopping to walk after you start" point. Later, I stopped a couple of times for texts with Elizabeth about end of day plans. Today I used music to help keep my positive mental attitude. I figured out mileage when I got home - and spent much of my run thinking about all the little tricks I have started using in my short tenure as a trail runner. I came home and composed them before they left my head. 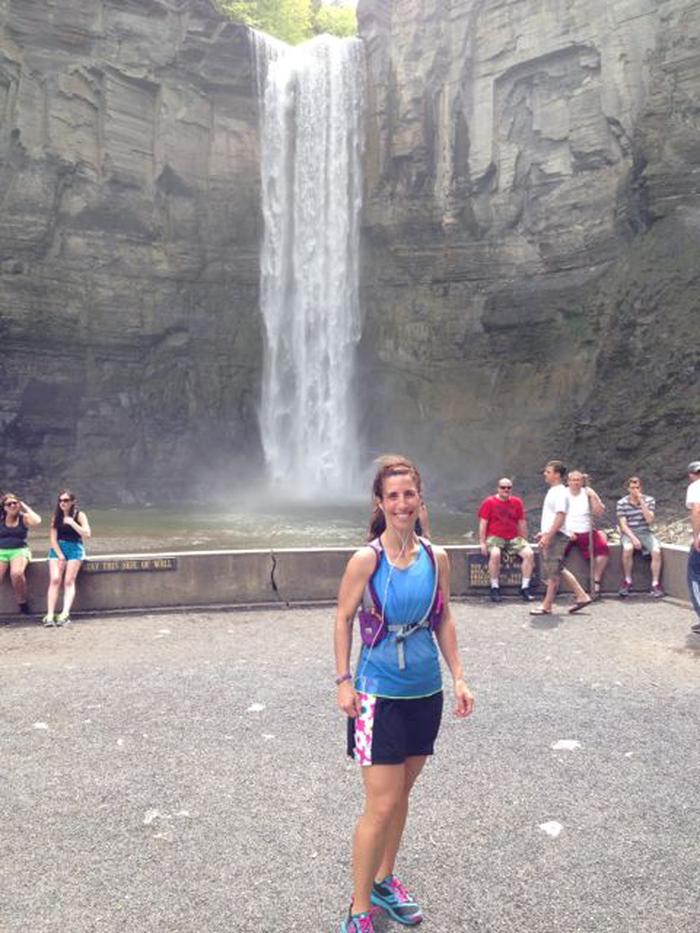 Friday is a day off from running. I fit in the Skier's Edge before heading off to Friday night Bodypump with Scott. This is always a high point of my week; seeing my friends in class and often heading off to Viva afterwards!

Saturday before my planned trail run with Jenny, I took some time to do a half hour of flexibility yoga. Early in the afternoon I met Jenny and Jess to do 2 loops at Buttermilk Falls State Park. The start of this run was not my proudest moment. I was late, and then had to buy my park pass so I was feeling stressed about making them wait for me. Then, as we started up the steep hill I had a complete flashback to High School track when I arrived late to practice. My coach sent me off to do a "horn" which is a 1.5 mile warm-up run around a loop starting with a hill. I ran quickly to catch up with the last girl and grabbed her shoulder and begged her to wait for me. On this run, I felt that same way but instead told them to "just go on without me" and I'd see them somewhere on the trail. Of course they didn't leave me and we had a good run, but it was a rough start!

Sunday I took in Bodypump with Jenny because I can't make Monday's class again and enjoyed my hour timed run with Jenny and Christina. It was a nice cool day and it was fun to be running on the road with friends. Later in the day I took in some relaxation yoga with Scott.

All in all this week #2 felt pretty good. Things were mostly positive, and I'm enjoying the challenge of this training.